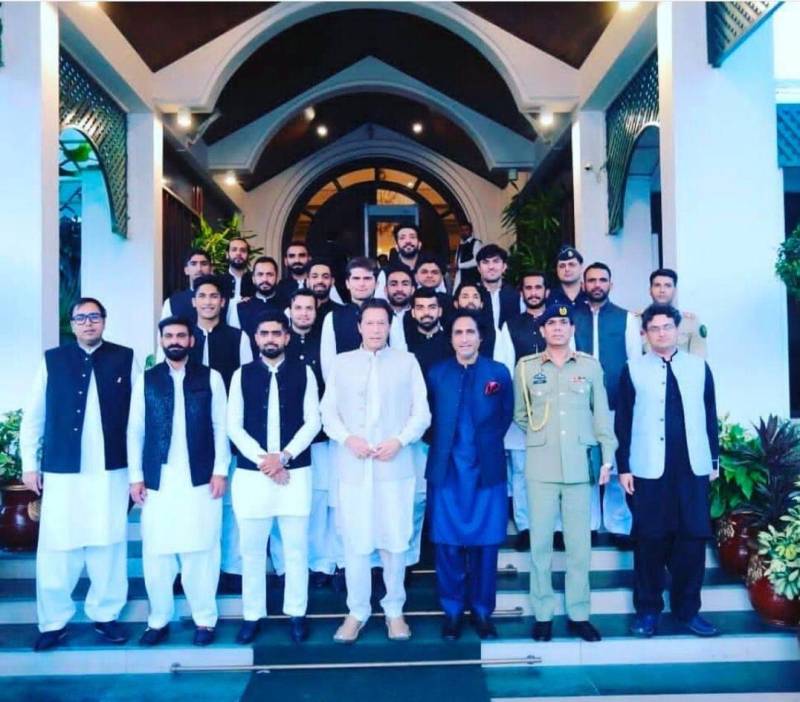 He stated this during a meeting with the Pakistan squad for the upcoming ICC Men’s T20 World Cup days after New Zealand and England called off their tour with former citing security threats.

The premier asked the cricketers to display team spirit, confidence and always play the game to win. He said no team can win, which fears defeat.

The cricketer-turned-politician told the players that Pakistan introduced attacking techniques in the cricket.

“We brought out our team from the worst scenario and won the World Cup,” the former skipper said.

He said defeat teaches lessons to players, adding that a person rectifies his mistakes if he ensures his personal accountability on the end of every day. He stressed the need to strengthen the team's nerves so that it can enjoy the pressure.

He also urged skipper Babar Azam to play the game from the front. The premier urged the players to emerge as a strong team as the nation has pinned hopes on them.

PCB Chairman, who made no attempt to hide his emotions in a video clip after England called off their October tour, was also present on the occasion.

On Tuesday, Information Minister Fawad Chauhdry announced taking legal experts to take action against the cricket boards of both countries after they canceled tours at the last minute which also cost them millions of rupees to the state broadcaster.

ISLAMABAD – Pakistan is contemplating legal action against the cricket boards of New Zealand and England for ...

The consultations would be held with lawyers for taking legal action against the England and Wales Cricket Board (ECB) and the New Zealand Cricket (NZC).