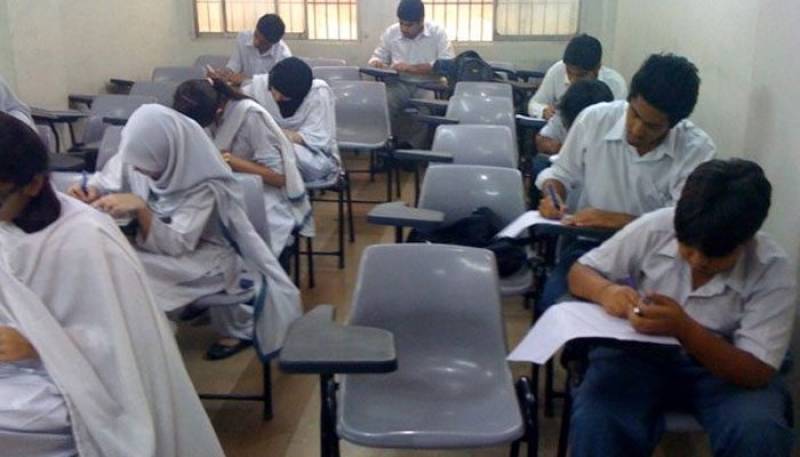 The Federal Board of Intermediate and Secondary Education (FBISE) announced on Wednesday to promote all students of matriculation and intermediate on basis of average marks obtained in elective subjects.

An official notification states all the candidates of grades 9, 10, 11, and 12 will be given marks in compulsory subjects on the basis of average marks obtained in elective subjects, and mathematics, in the case of classes ninth and tenth.

"Furthermore, up to 5% proportionate additional marks shall also be awarded in compulsory subjects. Actual marks obtained by the candidate in the subject(s) they appeared in shall be shown," said the notification.

Furthermore, for the subjects that include practical (s), 50% of the total marks achieved in the practical exam will be awarded to the candidates as baseline marks, while the rest of 50% will be calculated proportionately on the basis of marks obtained in the relevant theory exam, Geo News reported.

FBISE said that students who fail their exams will be promoted to next classes by giving them 33% marks.

The students who want to improve their numbers will be awarded marks on the basis of the exams they attempted.

ISLAMABAD – The Federal Board of Intermediate and Secondary Education (FBISE) will announce the results for ...