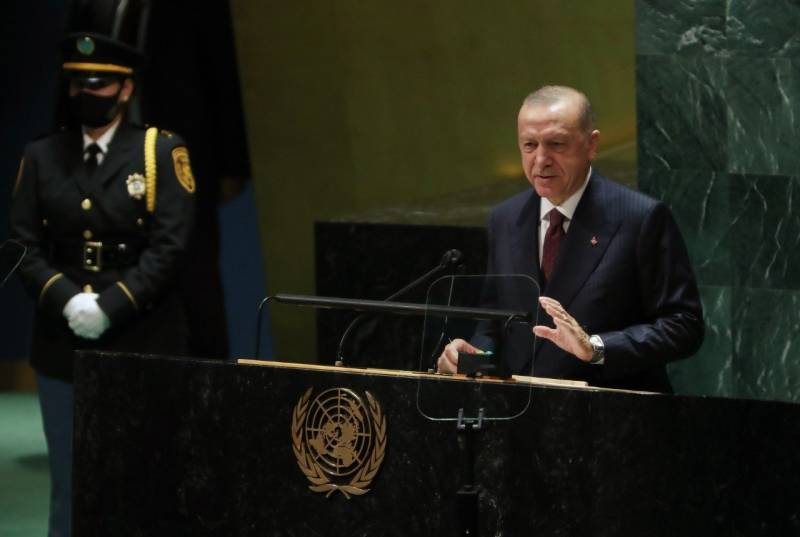 Addressing the 76th session of the UN General Assembly on Tuesday, Erdogan said “we maintain stand in favor of solving the ongoing problem in Kashmir for 74 years through dialogue between the parties and within the framework of relevant United Nations resolutions”.

However, the 67-year-old’s speech this year was milder as compared to the previous speeches in which he termed the Kashmir dispute as a firing issue.

The support of the Kashmir cause has evoked strong protests from neighboring India, which claims it an ‘internal matter’.

Meanwhile, Erdogan, during his speech, also identified the Palestinian-Israeli conflict as termed it as one of the most important problems that fuels instability and threatens peace and security in the region.

He proposed a two-state solution as that is crucial for the revival of the peace process. The capital of a Palestinian state remained a ‘primary objective’ for Turkey, he added.