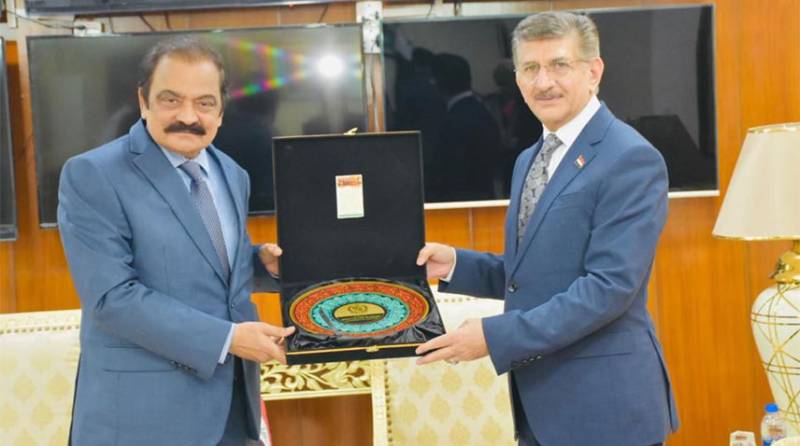 ISLAMABAD – Pakistan and Iraq on Thursday agreed to launch a ferry service between the two countries to facilitate zaireen from the South Asian country.

Interior Minister Rana Sanaullah and Iraqi Ambassador Hamid Abbas Lafta reached the agreement during a meeting in the capital city.

The ferry service will be started between Basra and Karachi, however, final date about launching the service is yet to be disclosed.

Both high ups also discussed 'Pakistan-Iraq Pilgrim Agreement', which is expected to be inked later this year.

Speaking on the occasion, the Interior Minister thanked the Iraqi government for issuing visas to 60,000 Pakistani pilgrims for Arbaeen Hazrat Imam Hussain.

He said that the pilgrim agreement will provide bets facilities to millions of zaireen who visit Karbala, Baghdad and Najaf every year.

ISLAMABAD (APP) - The federal government has finalised arrangements to launch a ferry service from Karachi to Iran to ...