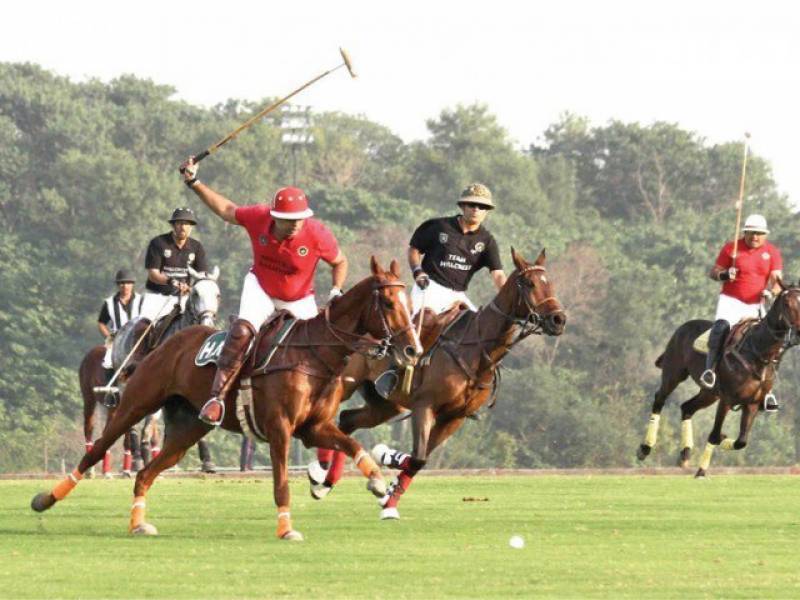 ISLAMABAD - Red won the final of the Habib Metropolitan Bank Polo Cup tournament held in Islamabad on Saturday by beating Habib Metro Lions by 11 to 7.5.

The final was played between Asean Red and Habib Metro Lions at Islamabad Club Polo ground. A total of four teams participated in the tournament that started on last Wednesday. Minister for Inter-Provincial Coordination Riaz Hussain Pirzada was the chief guest and distributed prizes among the winner and runner-up teams.

According to details during the match, the Habib Metro Lions has given half goal free handicap but despite this, it failed to win the match.

In the third round, Asean Red had scored five goals and Habib Metro Lions scored one. In the last round of the match both the teams scored one goal each.

The players of Asean Red including Ahmed Ali Twana and Umer displayed an excellent performance. However, Ahmed Ali Twana has declared man of the match. Minister for Inter-Provincial Coordination Riaz Hussain Pirzada was the chief guest on the occasion.