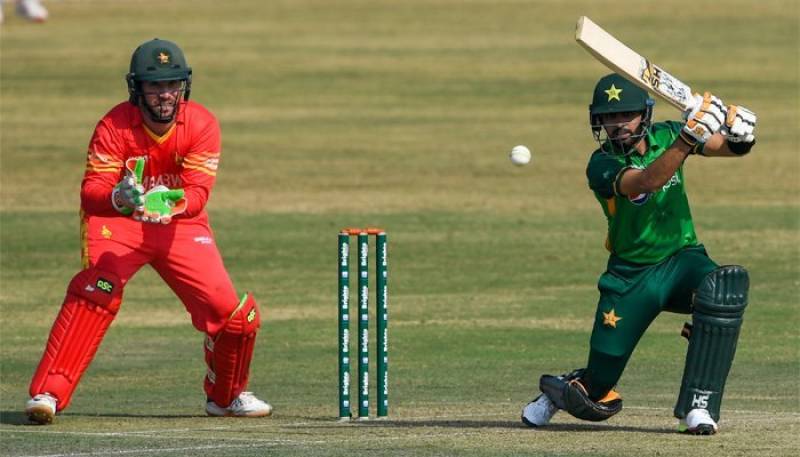 In chase of an easy target of 119 runs, the men in Green shirts could score only 99 runs as Zimbabwe's bowler especially Luke Jongwe displayed impressive skills.

Captain Babar Azam tried to help team in achieving the feat but it was removed at 41 runs. However no other players including Fakhar Zaman and Mohammad Rizwan could maintain their performance in front of fiery bowling by Zimbabwe team.

Earlier today, Pakistan won the toss and elected to field first. Pakistani bowlers did a remarkable job by restricting Zimbabwe to 118-9. Tinashe Kamunhukamwe remained the top scorer with 34 runs. Regis Chakabva made 18 runs.

Pakistan leading the series with 1-0 after beating the hosts by 11 runs in the first T20I match couple of days ago.

Brendan Taylor, who missed the first T20I due to an infection, is leading the Zimbabwe side in Sean Williams absence.

Two changes for both the teams; Arshad Iqbal and Asif Ali in for Mohammad Nawaz and Haider Ali in Pakistan while Brendan Taylor and Tarisai Musakanda in for Sean Williams and Craig Ervine.