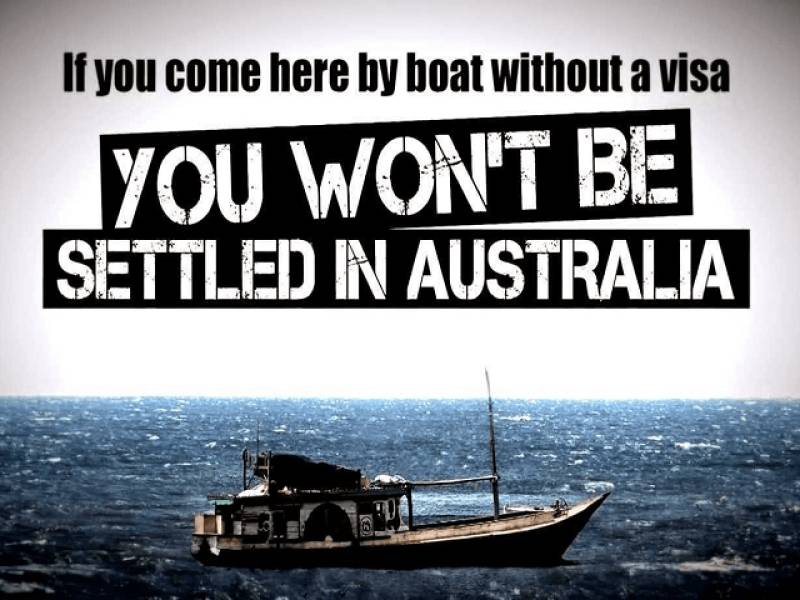 Melbourne- Australian government has tightened its maritime border for refugees, illegal immigrants, smugglers and other criminal activities. In an attempt to warn people all over the world of strict new policies, the government issued warnings in 17 different languages via social media ads- especially Facebook.

The operation's "toughest border protection measures ever" are being advertised in 17 languages, along with "No Way" posters in overseas ports and comic strips seeded on social media networks in a bid to make Australia's closed-borders policy viral.

According to the advertisement, the Australian government has issued strict policies for border safety. According to these new policies, anyone who would try to come to Australia by boat without a visa will be turned back to their country of departure.

OSB claims that all the efforts and attempts are made to end the criminal activity of human smuggling and other such illegal maritime ventures. OSB also asserted, ever since its establishment, it has successfully reduced the number of illegal maritime activities and has prevented the loss of life at sea to a great extent.

According to the OSB, native speakers of these 17 languages are mainly involved in illegal immigration via sea.

Australia's current immigration policy was forged in 2001 by the then Prime Minister John Howard. He refused to let 438 Afghan refugees - rescued from their sinking boat in international waters north of Christmas Island - enter Australian waters. His approach towards immigrants and refugees is now embedded in the national consciousness: "We will decide who comes to this country and the circumstances in which they come."

this continual of Howard policies has given Australia OSB and the slogan:

'You will not make Australia home'

The campaign and slogan have been taken as offensive by many with Journalists and activist raising concerns over "very strict" policies and a "very little release of information" on the refugees and immigrants being sent back to their country of departure or offshore detention centers.

According to the Australian Prime Minister Malcolm Turnbull, OSB is a huge success as it has been over 900 days since the last refugee boat touched the Australian shore. The prime minister called it the 'sovereign right' of Australia to carefully choose who comes in.

However, the human rights agencies are calling these policies ironic, worrisome and similar to those of Trump administration.