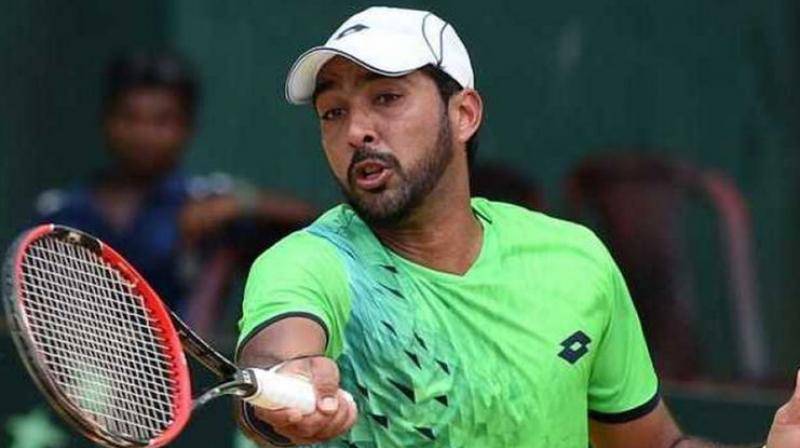 LAHORE – Pakistan’s top rating tennis star Aisam-ul-Haq Qureshi has become the country’s first player ever to qualify for the quarterfinal round in an Australian Open Grandslam Tennis Championship.

In a significant victory, Aisam pairing with Marcin Matkowski of Poland beat the Brazilian/Philippino pair Demoliner and Treat Huey in straight sets with a score of 7-6, 6-4.

Continuing to making waves in international tennis, the pair played a second round against strong build duo Sweden’s Robert Lindstedt and Croatia’s Franko Skugor and defeated them with a matching score of 7-6, 6-4.

In the pre-quarterfinal, the team was set to play a match against the Moldovan/Korean pair of Albot and Chung but they did not come to court, making Aisam and his partner reach the quarterfinal.

In the quarterfinal, the duo faced Bryan Brothers of the US on Tuesday, but Aisam ul Haq Qureshi and his partner Marcin Matkowski could not maintain the victory and crashed out of Australian Open.

The Bryan brothers kept their hopes of a 17th grand slam title alive after wrapping up a 6-1, 6-4 victory over Aisam and Matkowski at Rod Laver Arena on Tuesday.

Aisam had the best run of his career in 2017 when he bagged six ATP doubles titles – each of these with a different partner.