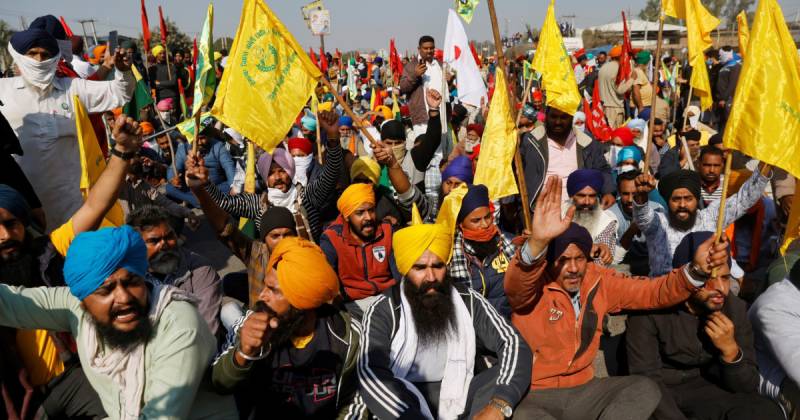 NEW DELHI – Leaders of Indian farmers' unions have rejected government's offer to suspend controversial reforms for months and form a committee to look into the concerns of farmers about the legislation that sparked massive protests in the country.

The unions demanded that the three new farm laws must be fully repealed.

The Samyukt Kisan Morcha, an umbrella body of unions leading the protests, ruled out any deal and vowed that they will not withdraw protests until the complete repeal of the laws.

Farmers groups say the laws threaten decades-old concessions and subsidies they receive and expose them to the vagaries of the market and big corporate companies.

The BJP-led government had proposed the suspension of laws during a meeting with farmers’ leaders during the 10th round of talks between both sides on Wednesday.

Tens and thousands of farmers have been staging protests blocking major highways connecting New Delhi with the country’s north for nearly two months.

They had also threatened to intensify the protest drive by organising a big tractor rally in the capital during Republic Day celebrations on January 26.

The protesters are of the view that the legislations passed in September 2020 will spur commercialisation of agriculture, benefitting the corporate sector.

Last week, India’s Supreme Court temporarily barred the government from implementing the controversial laws and formed a committee of experts to hold talks with angry protesters.