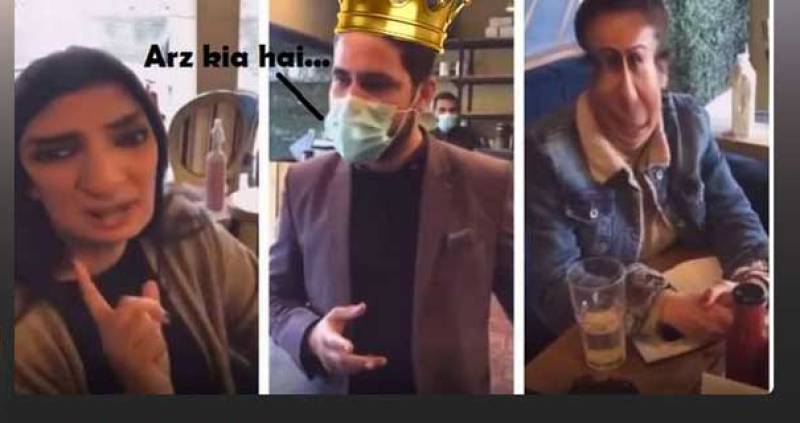 Keeping up with their promise, Limo Soda Show creators successfully hosted an Urdu Mushaira outside the notorious Cannoli by Soul Cafe on Saturday.

Denouncing the elitist behaviour of the owners of Cannoli, Dia and Uzma, the protest was arranged as a gesture to support the Cannoli manager Awais.

The two content creators from Islamabad invited the citizens to participate in an Urdu Mushaira outside the Cannoli Café Soul in Islamabad today (January 23). On FaceBook,18,900 people responded to the invitation, with 1,600 indicating they are going and 9,400 saying they are interested.

The Mushaira was held outside with many Pakistanis in attendance.

The brutal trolling continued as comedian Ali Gul Pur posted a video on his Twitter handle:

The infamous video that struck a nerve of the Pakistanis was all about Cannoli's owners belittling their manager, Awais, over his inability to speak English. Spreading like wildfire, the video has unanimously united Pakistanis from different walks of life as they come to Awais' support. Things did not cool down even after the owners issued an apology, which many believed was half-hearted and tone-deaf.

While the Pakistanis may have gone an ‘Urdu mushaira’ outside the eatery and the merciless trolling, this might serve as a reminder that's its high time to leave behind the post-colonial hangover and proudly embrace our culture and language.

Pakistanis are going overboard with their support for the manager of the Cannoli by Café Soul and have planned ...