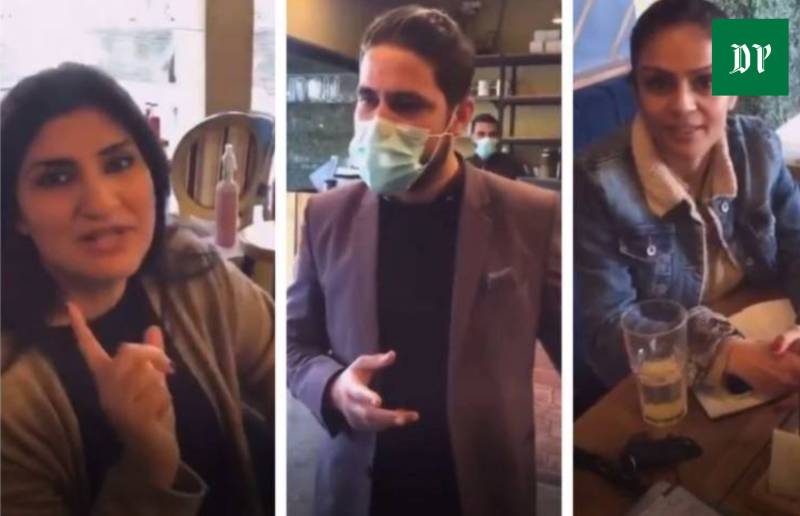 Pakistanis are going overboard with their support for the manager of the Cannoli by Café Soul and have planned an ‘Urdu mushaira’ outside the eatery.

The unfortunate incident of two privileged restaurant owners ridiculing their manager for not speaking proper English has led to a number of debates on the social media.

Things did not cool down even after the owners issued an apology, which many believed was half-hearted and tone deaf. The ever-trolling Pakistani public is going all out against the two women, and have created a mushaira event outside Café Soul in Islamabad.

The event was created on Facebook and contains vague descriptions. The display picture shows the café manager, Awais, with a crown and owners with purposely distorted faces.

Some people have started to point out the hypocrisy of our society, as we are the same people who make fun of Meera, Sehar Kamran and Umer Akmal for their English, but now have enthusiastically jumped on the bandwagon of bashing the café owners for doing the same to their employee. This is indeed a moment of reflection, what is wrong is wrong - we cannot pick and choose.

The same Pakis who are bashing the owners of #CafeSoul for making fun of someone's english language skills have been (and are still) trolling @SeharKamran over her english when they are bored. #cannoli #hypocrisy pic.twitter.com/gOBhK0wLuH

It is high time to leave behind the ‘colonial complex’, but creating events and instigating a bullying rally against the owners of the café is not the way to do that.

With people furiously debating over the colonial mindset that was aggravated after the much-hyped Cannoli incident, ...