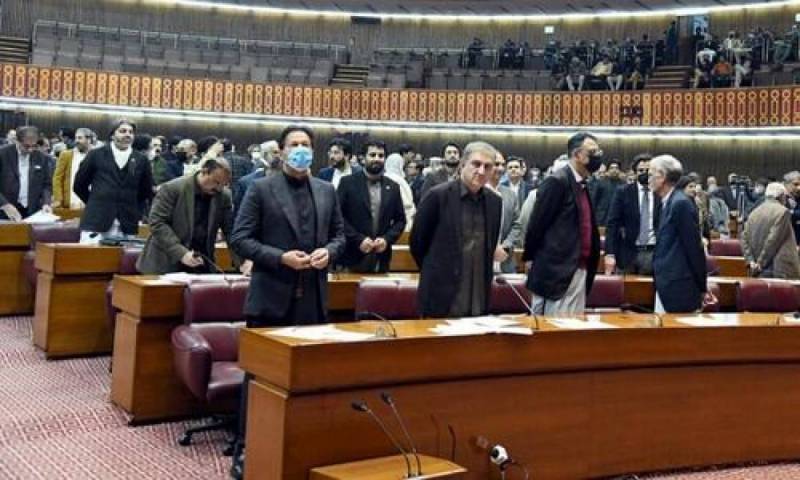 ISLAMABAD – Former ruling Pakistan Tehreek-e-Insaf has decided to withdraw the resignations of their remaining 44 lawmakers whose resignations are yet to be accepted by the speaker in the latest move.

The PTI leader also mentioned their next step would be to get its member appointed as the Opposition Leader in the National Assembly.

Fawad Chaudhry also shared a tweet about the withdrawal of resignations, saying the move comes in a bid to get posts of the leader of the opposition and parliamentary party leader.

The outspoken politician said they decided to take back the resignations to block the way of fake opposition leaders and to prevent turncoats from voting in favour of the premier in no-trust vote.

'It's time for Shehbaz to take vote of confidence,' says Imran Khan

The National Assembly speaker after accepting the resignations sent the list to the Election Commission of Pakistan which later de-notified the fresh lot of 35 PTI lawmakers after completing the necessary action.