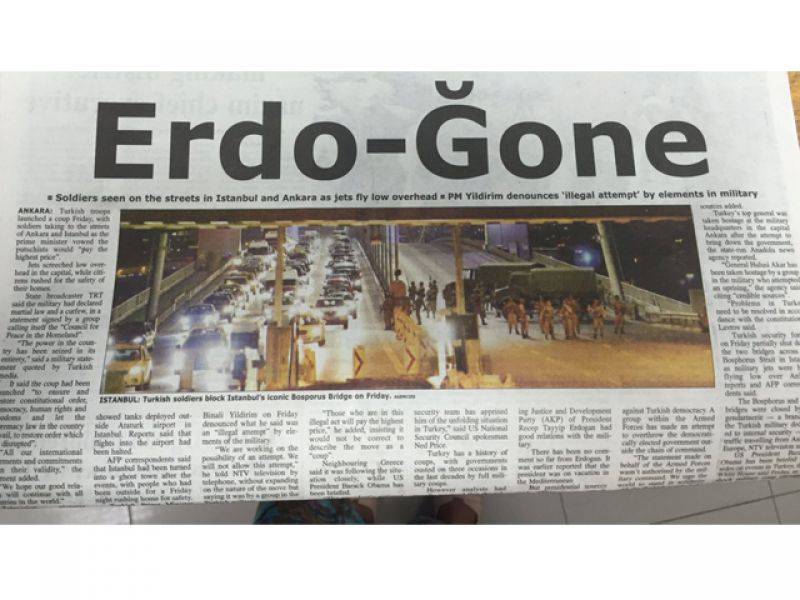 ISLAMABAD - The Ambassador of Turkey to Pakistan Sadiq Babar Girgin has expressed disappointment at how a leading English-medium Pakistani newspaper covered last week's failed coup in the Turkish capital Ankara, while noting the gross inaccuracy of its headline, which proclaimed "Erdo-Gone".

The envoy said that the Turkish government had usually found the Pakistani media to be extremely cooperative.

However, on the night of the failed coup in Ankara, he said one Pakistani English newspaper had disappointed him with its coverage of the event, especially since the Turkish President Recep Erdogan had offered condolences to the then Pakistani President Asif Ali Zardari when the owner of said newspaper had been martyred by one of his security guards in 2011.

The headline in question rather enthusiastically claimed success for the Turkish coup on the night it broke out. But soon after on the same day, most news agencies had reported the failure of the coup, casting doubt on the reporting procedures of the said newspaper.