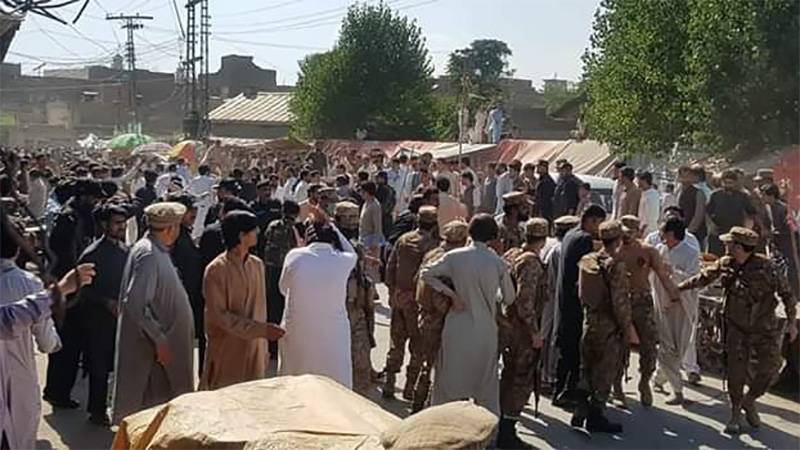 PESHAWAR - At least 17 people were injured after a blast ripped through a market in Khyber Pakhtunkhwa city of Parachinar on Thursday.

Police said the explosion took place in the Turi Bazaar, a crowded place which has in the past been a frequent target of terrorist attacks.

Some onlookers claim that the explosive material may have been installed in a vegetable cart. Seventeen people have been shifted to hospital for treatment where two of them are said to be in critical condition.

Saddened to hear abt parachanar, peshawar Blast, may Allah give full recovery to the injured ppl. Struggle agnst terrorism can,t be let down by such acts, we will continue fight with indian terrorism untill our last breathe#Peshawar

A lack of implementation of the National Action Plan is causing to encourage terrorists in the region, he said.