US ranks Pakistan as most improved country in nuclear security 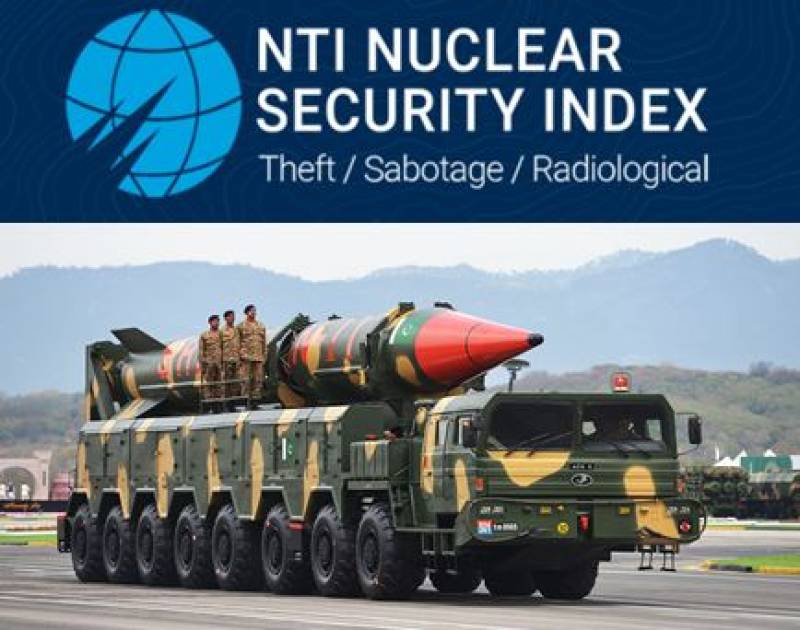 WASHINGTON - A leading US non-proliferation watchdog, Nuclear Threat Initiative (NTI), has ranked Pakistan as the most improved in security of those countries holding nuclear materials, improving its overall score by seven points.

In its Nuclear Security Index released for the year 2020, it said that Pakistan is the most improved among countries with materials in 2020, which improved its overall score by adopting new on-site physical protection and cyber security regulations, improving insider threat protection measures, and more.

Meanwhile, Pakistan Ambassador to the United States Asad Majeed has welcomed the Nuclear Threat Initiative index for the year 2020.

In a Tweet, he said that we welcome that Nuclear Threat Initiative on weapons of mass destruction has categorized Pakistan as most improved country for nuclear security measures in its Nuclear Security Index 2020.

He said Pakistan's improvement is also the second largest ever by a country since the NTI Index was launched in 2012.