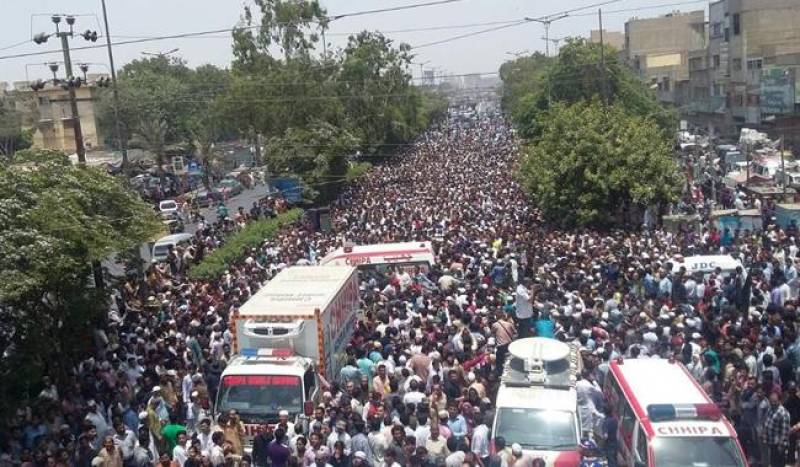 KARACHI (Staff Report) - Funeral prayers for the renowned qawwal Amjad Sabri were offered on Thursday (today) in front of Iram Bakery on the Liaquatabad Road in Karachi, after which the Sufi music maestro was buried in the Paposh Nagar graveyard next to his father and uncle’s grave.

The legendary singer underwent the ritualistic ghusl or purifying bath before burial this morning.

The ambulance carrying Sabri's body was thronged by hundreds of supporters, who wanted to see a glimpse of their idol. The atmosphere at the occasion was poignant, as almost everyone gathered was in tears.

A heavy contingent of Rangers reached the Paposh Nagar graveyard to help control the crowd. Due to the presence of the large crowd, Sabri's relatives were finding it difficult to remove his body from the ambulance.

The great singer was killed in a gun attack by unidentified men in the Liaquatabad area on Wednesday.