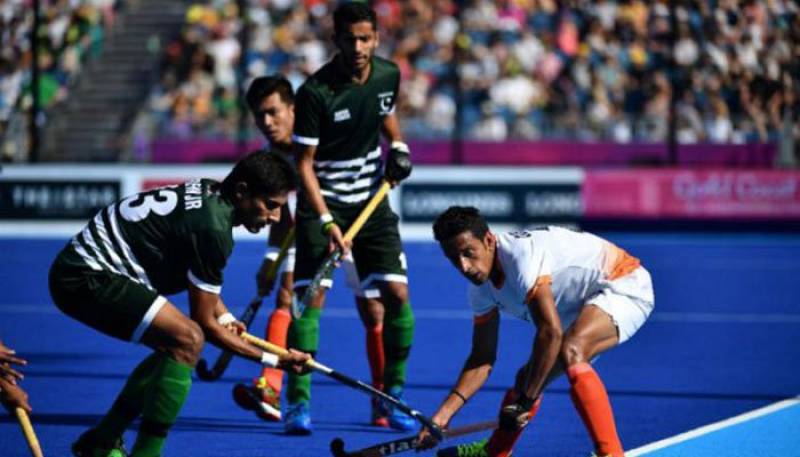 NETHERLANDS - India thrashed Pakistan by 4-0 in the opening match of the Men's Hockey Champions Trophy 2018 in Breda, Holland, today (Saturday).

As strategy, team Pakistan fielded additional player by withdrawing its goal keeper in the last five minutes of the game. The move backfired as it provided India an opportunity to score two more goals in the last stage of the game.

As always, the Pakistan-Pakistan clash is the highlight of the tournament that also features Olympic champions Argentina, Australia, Belgium and Holland.

Pakistan, ranked No.13 in the world while India ranked at 6 should have no qualms in overcoming the challenge albeit they keep their emotions in check and stick to the game plan.

Pakistan won the inaugural edition of the Champions Trophy held in Lahore in 1978 when they beat Australia in the final.

On the other hand, the best India have fared in the tournament was the runners-up finish at the 2016 event in London, losing to Australia in a shoot-out.

Six teams will be taking part in this year's tournament, which is the last edition of Champions Trophy. The tournament will be replaced by the Hockey Pro League (HPL) in 2019.

Apart from hosts the Netherlands, Australia, Argentina, Belgium, India and Pakistan are taking part in the tournament from June 23 to July 1.

So close to the start of the final edition of the Champions Trophy! #HCT2018