The Undertaker challenges Akshay Kumar to a 'real match' 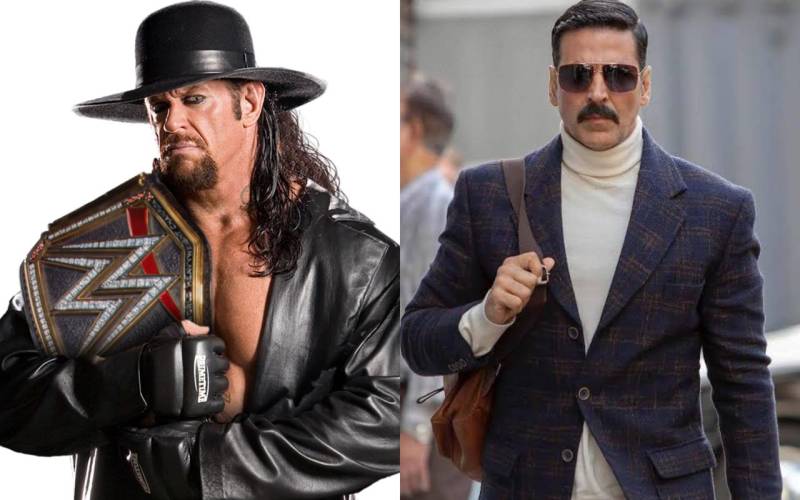 Bollywood's superstar Akshay Kumar is known for his wit and humour and this time he shared a hilarious meme to mark 25 years of his film Khiladiyon Ka Khiladi.

Keeping aside the humorous outlook of the meme, the tweet focuses on Kumar who is listed among notable wrestling superstars and have surprisingly defeated The Undertaker.

The hilarious meme did not escape the American wrestler who challenged the Welcome star to a 'REAL' match.

A hilarious note to mark 25 years to the release of #KhiladiyonKaKhiladi tomorrow!

A fun fact though: it was wrestler Brian Lee who played The Undertaker in the film ???? pic.twitter.com/w7J5z3QGBQ

Even though the 53-year-old star had clarified that it was not The Undertaker whom he fought in the film but Brian Lee, the WWE superstar took a jibe at Akshay Kumar.

"Ha! Tell me when you're ready for a REAL rematch,” wrote Undertaker in the comments section of Akshay's post.

Staying true to his persona, Mr Funny Bones had a savage reply, "let me check on my insurance and get back, bro!" 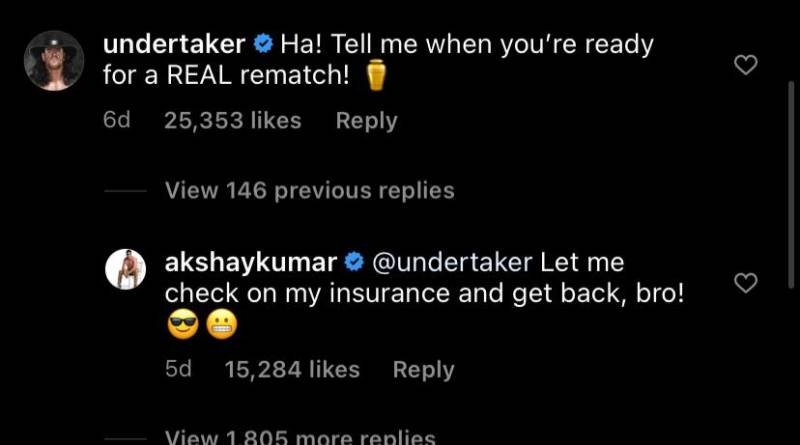 On the work, Akshay will be seen in Bell Bottom next. The film is set to release in theatres on July 27. His much-awaited film Sooryavanshi is also in the pipeline.

Directed by Rohit Shetty, Sooryavanshi also features Katrina Kaif, while Ranveer Singh and Ajay Devgn have cameos in the film.