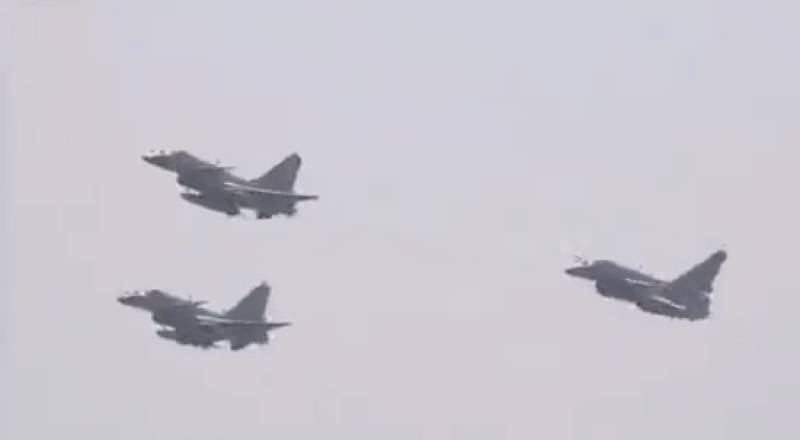 Source: A screegrab from ISPR video

ISLAMABAD – The Pakistan Day parade featured a fly-past by newly inducted Chinese Chengdu J-10 (J-10C) fighter jets, which are also referred to as the vigorous dragons, on Wednesday in the federal capital.

It is for the first time that J-10c jets took part in the military parade as they were formally inducted into the Pakistan Air Force fleet earlier this month.

The Chinese made aircraft is a modern signal-engine delta wings fight jet. It is equipped with missiles that can hit targets up to 200-km, according to reports. It can also be equipped with a bigger active electronically scanned array radar than the one used by the JF-17 Block 3.

Earlier this month, Pakistan received the first batch comprising six fighter jets as the South Asian country has purchased a total of 25 J-10Cs from the all-weather friend China. The J-10C will participate in the Pakistan Day parade on March 23.