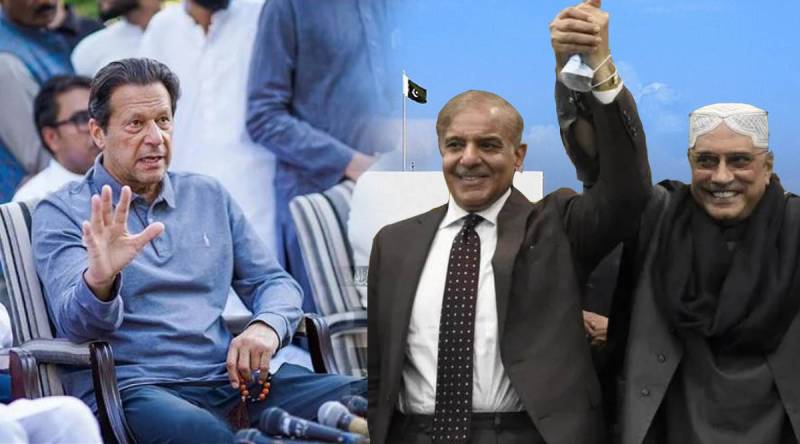 ISLAMABAD – Sharif-led coalition government has decided to complete its tenure till August 2023 and announced that the next polls would be held next year.

The decision was announced following a high level meeting of the heads of the ruling alliance for consultations as Imran Khan-led Pakistan Tehreek-e-Insaf is all set to march on country’s federal capital.

Government allies expressed the resolve that they would not yield to any pressure. PDM leaders also cited the Election Commission of Pakistan (ECP) announcement for the next elections, saying it is not possible to hold upcoming polls early.

Reports in lcoal media suggest that incumbent premier Shehbaz Sharif will chair a key meeting of the coalition parties in the coming days in which the future course of action would be announced.

It also added that the incumbent government has decided to handle PTI’s long march in a ‘democratic way’.

PTI Chairman Imran Khan has called on the masses to reach Islamabad on May 25 for getting rid of the ‘imported ...

On Sunday, former prime minister Imran Khan announced to kickstart to Islamabad on May 25 to seek an election date and dissolution of the National Assembly.