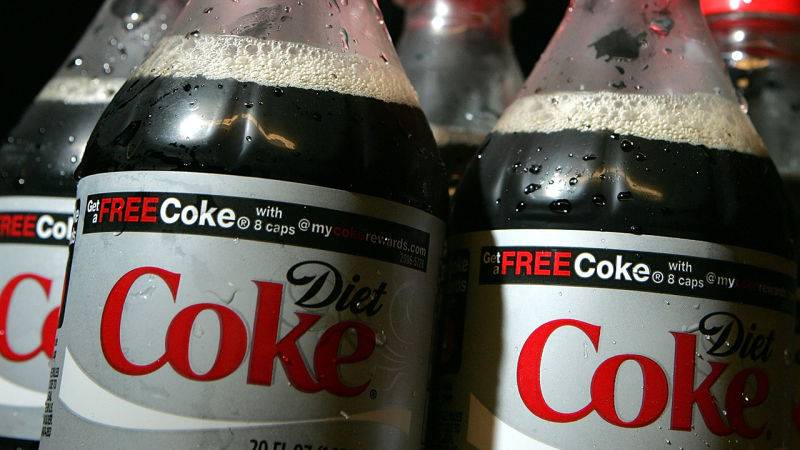 A new study published by a team of investigators at Massachusetts General Hospital refuted the long-held myth that Diet Coke helps you lose weight.

“Aspartame—the artificial sweetener found in drinks like Diet Coke—is probably not good for you,” said the Gizmodo.

“Sugar substitutes like aspartame are designed to promote weight loss and decrease the incidence of metabolic syndrome, but a number of clinical and epidemiologic studies have suggested that these products don’t work very well and may actually make things worse,” explained Richard Hodin, a surgeon at Massachusetts General Hospital and the study’s senior author.

Dr. Hodin and his team found that the artificial sweetener inhibits intestinal alkaline phosphatase (IAP), which is a gut enzyme that researchers believe prevents obesity. So even though there’s no sugar in your diet beverage, it might not aid you in your weight loss journey.

Researchers examined four groups of mice over a four-week period. Scientists fed two groups a high-fat diet—one received drinking water spiked with aspartame, while the other had plain water.

The remaining two groups were fed normal diets—one with aspartame water, the other with plain. Mice drinking aspartame-spiked water consumed the equivalent of three and a half cans of diet soda per day.

Researchers found “while there was little difference between the weights of the two groups fed a normal diet, mice on a high-fat diet that received aspartame gained more weight than did those on the same diet that received plain water.”

Furthermore, mice who received aspartame water had higher blood pressure and higher blood sugar levels, which researchers believe is evidence of a glucose intolerance. “Both aspartame-receiving groups had higher levels of the inflammatory protein TNF-alpha in their blood, which suggests the kind of systemic inflammation associated with metabolic syndrome,” Science Daily reported.

Dr. Hodin said, “While we can’t rule out other contributing mechanisms, our experiments clearly show that aspartame blocks IAP activity, independent of other effects.”