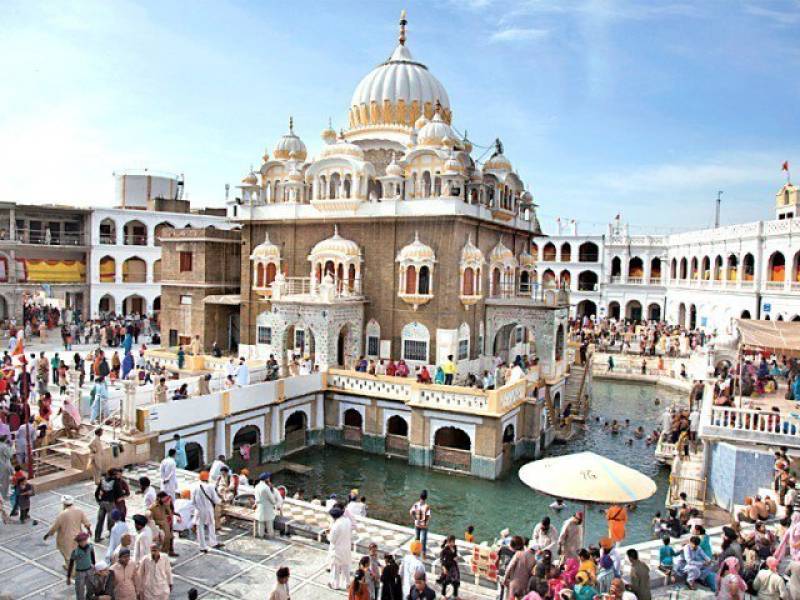 LAHORE – Thousands of Sikh yatrees from all over the world took part in the celebrations of Baba Guru Nanak’s 550th birth anniversary while sharing their happiness over the opening of Kartarpur corridor between Pakistan and India.

Sikhs from northern Pakistani province of Khyber Pakhtukhwa, and India, Canada, the UK and other parts of the world joined the main Palki procession at Nankana Sahib on Friday to mark the birth anniversary of their religious lord, Baba Guru Nanak.

According to Sikh rituals, all pilgrims wash their feet before entering the Janam Asthan.

Talking to Daily Pakistan, Sikhs lavished praise on Pakistan for putting in place arrangement to facilitate them.

The visitors also appreciated the initiative of the Pakistani government to construct Kartarpur corridor to facilitate Sikh pilgrims visiting Gurdwara Darbar Sahib Kartarpur on the banks of the Ravi river in the eastern province of Punjab.

Gurdwara Kartarpur Sahib, which is three kilometres from the India-Pakistan border, is the final resting place of Guru Nanak.

Around 3,800 Sikh pilgrims from India and 20,000 from other parts of the world are in Pakistan to attend the main ceremony and related rituals to mark the birthday of their religion’s founder.

Under the framework of the Pakistan-India Protocol on Visits to Religious Shrines of 1974, a large number of Sikh pilgrims from India visit Pakistan to observe various religious festivals and occasions every year.

The celebrations of the event would continue till 30th.

India gives go-ahead to Pakistan for opening of Kartarpur corridor

Sikhism was born in Punjab, a region that was divided between the two countries during partition in 1947.

The Gurdwara Darbar Sahib Kartarpur is one of Sikhism's holiest shrines. The religion's founder, Guru Nanak, spent the last 18 years of his life there.

Pakistan is likely to begin construction on its side of the road later this month. A start date for work on the Indian side is yet to be announced.