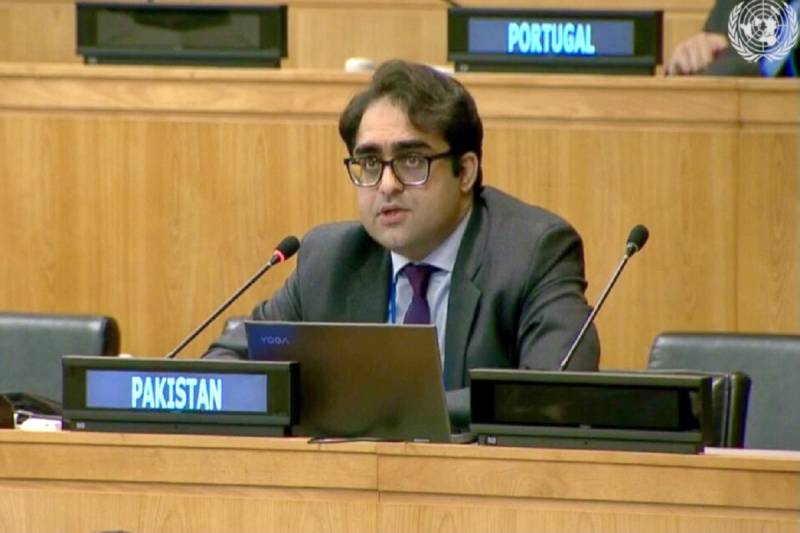 NEW YORK - The First Committee of the United Nations General Assembly which deals with disarmament, global challenges, and threats to peace that affect the international community and seeks out solutions to the challenges in the international security regime adopted three resolutions tabled by Pakistan with strong support.

These resolutions were focused on regional disarmament, conventional arms control at regional and subregional levels as well as confidence-building measures (CBMs) in the regional and sub-regional context.

“Pakistan feels privileged to have spearheaded initiatives on regional disarmament, conventional arms control, and confidence-building measures at the UN for several years now and we are grateful for the wide support we have received for these initiatives and resolutions”: said Mr. Jehanzeb, First Secretary said in his statement while introducing Pakistan’s resolutions tabled in the First committee cluster 6, on Tuesday. Citing the importance of the initiatives, he further said that “The General Assembly has long recognized that international peace and security is co-dependent on stability at the regional and sub-regional levels. In view of this inextricable relationship, the UN Charter acknowledges the value of regional arrangements to ensure global peace and security”.

The resolutions highlight the significance of regional approaches to disarmament, which complements global disarmament efforts and underscores the need for promoting confidence-building measures for enhancing regional and international peace and security.

Pakistan’s proposals on regional disarmament and confidence-building measures, which encourage efforts for easing regional tensions and to advance disarmament and nuclear non-proliferation measures at the regional and subregional levels were adopted by the General Assembly’s Committee by consensus. While the resolution on conventional arms control, which notes the significance of pursuing arms control in regional and subregional contexts were adopted with the strong support of 159 votes. India was the only country that voted against the resolution.

Adoption of these resolutions with the strong support of the Member States is an acknowledgment of Pakistan’s commitment to promoting the objectives of regional and global disarmament and as well as strengthening international peace and security.

At a time of growing mistrust and rising tensions between and among states in various regions of the world, including in South Asia, regional approaches to disarmament to strengthen peace and security have assumed greater relevance and significance to address these challenges.