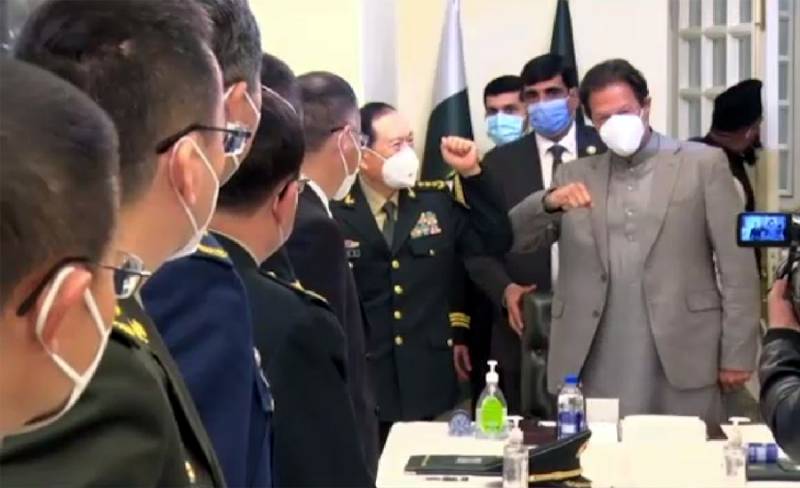 According to the Prime Minister office, both the time-tested friendly countries discuss issues related to mutual interest. Prime Minister Imran Khan welcomed the Chinese Defence Minister upon his arrival, both leaders exchange elbow bump in wake of Covid-19.

Wei Fenghe also attended a special investiture ceremony that was held at Awan-e-Sadar where he was conferred Nishan-e-Imtiaz Military by President Dr. Arif Alvi in recognition of his services for further promoting and strengthen defense cooperation between Pakistan and China.