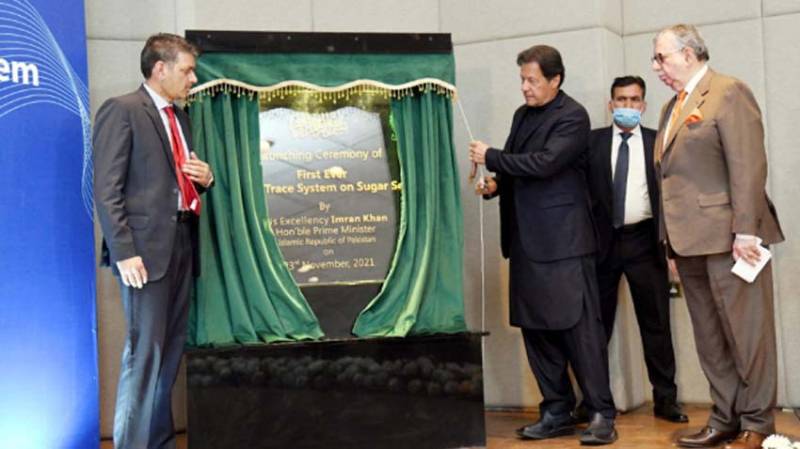 ISLAMABAD – Prime Minister Imran Khan Tuesday launched the Track and Trace System for the sugar sector, developed by the Federal Board of Revenue (FBR).

Addressing the launching ceremony, he said this system will help increase the tax collection. He put emphasis on promoting tax culture in the country to make it financially independent.

He lashed out at the previous government for not focusing on the tax system, adding that past rulers had been spending tax money on their luxuries.

The premier said the technology-based Trace and Track system will ensure utmost transparency in the tax collection and restore the confidence of people.

Speaking on the occasion, PM’s Finance Advisor Shaukat Tarin said seventy-six companies have signed up for the Track and Trace System so far.

He said FBR and NADRA are working jointly to broaden the tax base through the use of modern technology.

Tarin said around fifteen million people have been identified as potential taxpayers.

The FBR's Trace and Track System will ensure electronic monitoring of the production and sale of important sectors including tobacco, fertilizer, sugar and cement sectors.

This will help bring transparency in the system and enhance the country's revenue.

Under the system, no production bag of sugar will be taken out from the factory and manufacturing plant without stamp and individual identity mark.