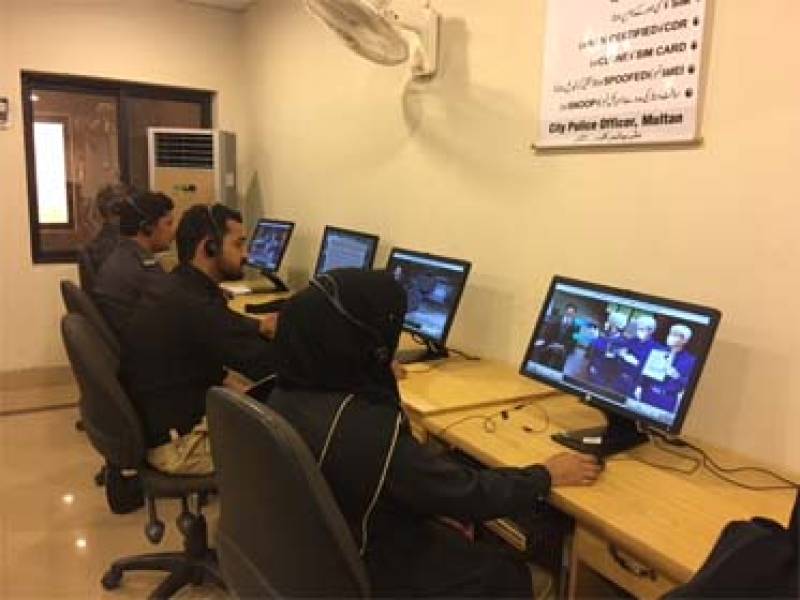 SAHIWAL - The regional training center of Sahiwal police have received e-Learning curricula from UNODC to enhance core policing and law enforcement skills of its officers along international standards.

A Sahiwal regional training center was established in April 2017 to deliver on-job training and various capacity building programmes to police officers of various ranks from the Sahiwal region. In collaboration with United Nations Office on Drugs and Crime (UNODC), the Punjab Police have established an e-Learning center to address the training needs of Sahiwal Regional Police in specialised areas such as Drugs related crimes, human trafficking & migrants smuggling, awareness and preservation of digital evidences, crime scene investigation and criminal intelligence.

RPO Sahiwal Muhammad Tariq Chohan extended gratitude and appreciation to UNODC Pakistan on behalf of the Punjab Police Department, for the assistance in building the human resource and operational capacities of Sahiwal Regional Police. Chohan said that the Punjab Police had developed additional training institutions at regional level to address the training needs of field and operational force of the Police at the front line, who deal with and act as the first responders to crimes. Chohan said “Sahiwal Regional Training Center is being equipped with essential training facilities, utilising modern tools and methods for on-job training of police officers in specialised crime’ areas.

UNODC’s e-Learning platform would complement the traditional training methods and mock scene exercises, as it provides a wide range of training courses related to crimes which are interactive, self-paced, more engaging and easy to comprehend”.

UNODC country representative Pakistan Mr Cesar Guedes in his remarks praised the Punjab police for all the efforts to raise the competency, professionalism and the field effectiveness of its force through resourcing the training institutions. Remembering the great sacrifices offered by Pakistani law enforcement agencies to protect citizens’ lives and their rights, he stressed on the need to undertake more concerted and joint efforts to raise the capacity of the country’s law enforcement adequately, in order to prepare a tougher response against all forms of crimes and the terrorism.

Mr. Cesar Guedes said that UNODC had significantly increased international support for Pakistan under the new UNODC’s Country Programme –II (2016-2019), which would address the country’s development challenges within its mandated areas of illicit trafficking; drug control and crime prevention. Mr. Guedes said that more support in use of forensic, technological and modern methods in investigation of criminal cases were reflected in UNODC’s programmes to enhance the operational capacity of the law enforcement agencies.

UNODC in Pakistan has established 55 e-Learning center within various law enforcement agencies, while for the Punjab Police it is the 9th e-Learning center in number established at Sahiwal Regional Training Centre. Talking about success and the impact of UNODC eLearning, Mr Cesar Guedes said, “the eLearning Programme has had a very staggering level of achievement as over 50,000 personnel country wide of Pakistani law enforcement agencies have completed over 270,000 hours of foundational and specialised level of training programmes”.

“UNODC would continue to bring what it could to Pakistan’s law enforcement institutions, such as the best knowledge and technology to the extent possible, however, it is up to the Pakistani institutions to absorb and incorporate the acquired knowledge and skills into their daily work for optimum results”.

Mr Guedes also acknowledged the contribution of UNODC’s international partners, in particular the Government of Denmark, for their gracious support Pakistan’s Country Programme II (2016-19), under which the Sahiwal Regional Training centre also received eLearning curricula and equipment for training.- Online

TikTok removes 113 million videos to protect minors on the platform