'I am a male, not a transgender person or woman,' North Nazimabad Assistant Commissioner Hazim Bangwar tells trolls 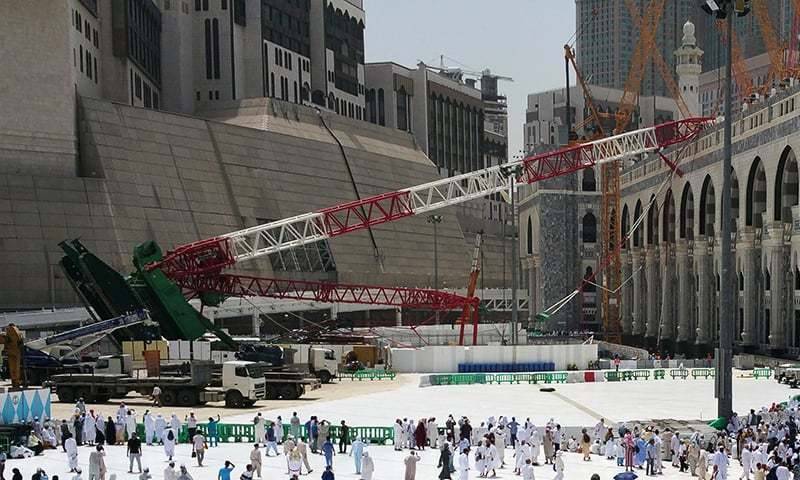 JEDDAH — A Summary Court in Makkah has ruled that no compensation will be given to the victims of the  2015 Makkah crane crash in the Grand Mosque that had left 108 people dead.

The court said that the company, Binladen Group, will not give any diyyah (blood money) to the families of dead and injured persons, and compensation against damages to the mosques as the accident was happened due to natural reasons and no human element was involved in it, Saudi Gazette reported.

Earlier, the court has cleared the 13 staff members of the company, who had been accused of negligence. However, the Attorney General raising concerns vowed to challenged the verdict.

It is in the law that the court ruling will be considered final if it is not challenged within 30 days.

In September 2015,  the horrific incident happened after a giant crane, one of the cranes installed for expansion of the Grand Mosque, crashed on pilgrims killing 108 people and leaving 238 injuring.

Later, King Salman visited the mosque and ordered the company to pay the compensation to the victims.  The king had ordered to pay SR 1million to the family of dead and SR500,000 to injured. He also suspended the company for any new projects.

While announcing the verdict, the judge the court has reached the decision after thoroughly examining all reports regarding technical, engineering, mechanical and geophysical aspects. The court also reviewed the report of the Presidency of Meteorology and Environment that states that incident happened due to heavy rains and thunderstorm.

Saudi Gazette quoted the court ruling as, “The crane was in an upright, correct and safe position. There was no error committed by the accused who took all the necessary safety precautions”.

The court further added that the Attorney General failed to produce solid evidence that the company did not follow safety rules.

The crane was erected in the Grand Mosque for over two years following the approval of authorities concerned, it added.

Around 15 Pakistanis, 23 Egyptians, one Afghan, one Algerian, 6 Malaysian, 25 Iranian, 25 Bangladeshi and 10 Indian pilgrims were among those who had lost their lives in the accident.