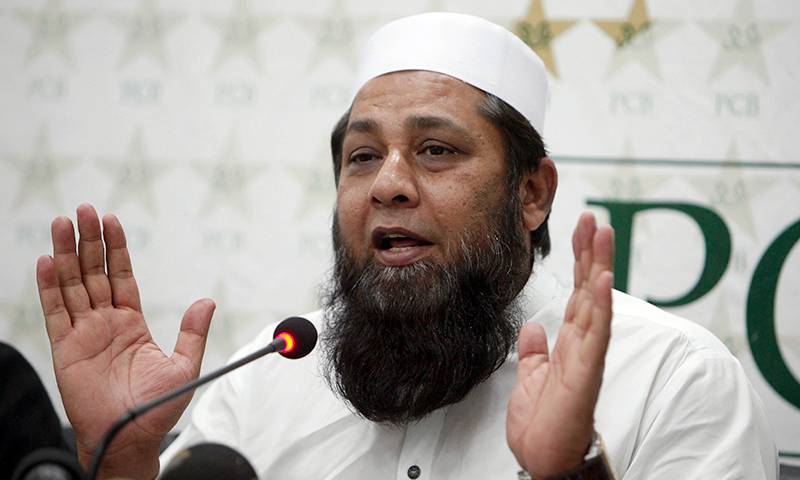 LAHORE - Pakistan Cricket Board (PCB) on Saturday announced the names of players for Test cricket team that will play a series against Sri Lanka.

Chief Selector Inzmamul Haq held a press conference in Lahore and shared the names of 16 players who have been selected for the upcoming series scheduled to commence on September 28 at the neutral venue in United Arab Emirates (UAE).

Inmamul Haq said, "We have selected five fast bowlers for the squad against Sri Lanka".

He said that Yasir Shah, who was suffering from knee injury, has been selected after he nailed the fitness test. The chief selector said that Shah's performance indicates that he is the best bowler Pakistan has had in recent years.

Meanwhile, young spinner Shadab Khan and all-rounder Mohammad Hafeez have not been selected in the test squad, while opening batsman Ahmed Shehzad also failed to find a place in the team.

On September 9, the PCB announced the schedule of the Sri Lanka Tour to Pakistan 2017 (to be played at the neutral venue in UAE).

The series comprises 2 Test Matches, 5 One Day Internationals, and 3 T-20I matches with last T-20I to be played at Gaddafi Stadium, Lahore (subject to security clearance) on October 29, 2017.

The series commences on September 28 with a two match Test series with the second Test match of the series to be a Day-Night Test match to be played at Dubai Cricket Stadium (DCS) from October 6, 2017, according to PCB.

The five-match ODI series between the two teams will be played in three cities i.e. Dubai, Abu Dhabi and Sharjah starting from October 13, 2017.

The first two T-20I matches will be played in Abu Dhabi, followed by the third T-20I to take place in Lahore in continuation with the return of international cricket following World XI tour to Pakistan.