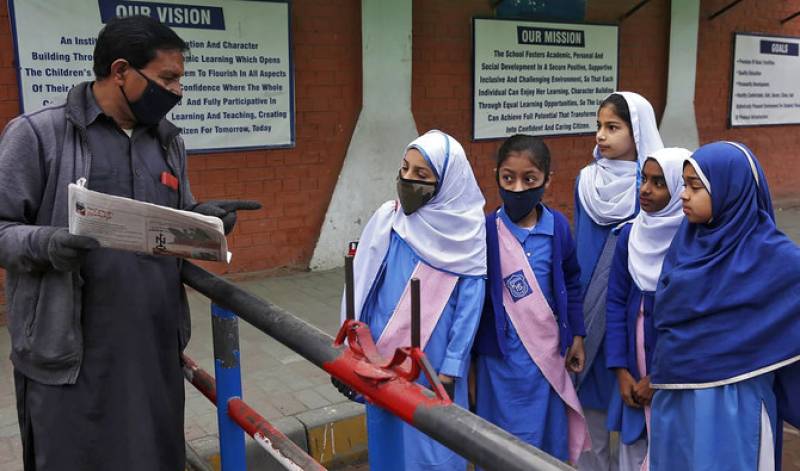 LAHORE - The coronavirus has been detected in 81 school going children in the province after conducting tests of 763 students on Wednesday.

According to the Punjab Primary and Secondary Healthcare Department (P&SHD) spokesperson, so far samples of 39,296 students have been tested and 38,716 students were declared coronavirus free after tests.

Among 763 newly-tested students, two children were found affected with COVID-19 in Lahore, nine in Nankana Sahib, 12 in Gujrat, 45 in Gujranwala, one in Dera Ghazi Khan, two in Bhakkar, seven in Faisalabad, one in Lodharan, one in Bahawalpur and one child was found affected in Toba Tek Singh so far.

The P&SHD urged the school administrations, teachers and students to followthe SOPs for their protection.

Today, public and private sector schools for sixth to eight grade have resumed educational activities across the country, except Sindh, in the second phase of the government’s reopening of educational institutions.

According to media details, the National Command and Operation Centre (NCOC) had allowed reopening of middle schools from September 23 and directed to ensure strict compliance to the Standard Operating Procedures (SOPs) to avoid the spread of coronavirus.

Earlier, in the first phase universities, colleges and school for ninth and tenth grade were allowed to reopen from September 15 under strict implementation of SOPs.

In the third phase, primary schools will be allowed to reopen from September 30.