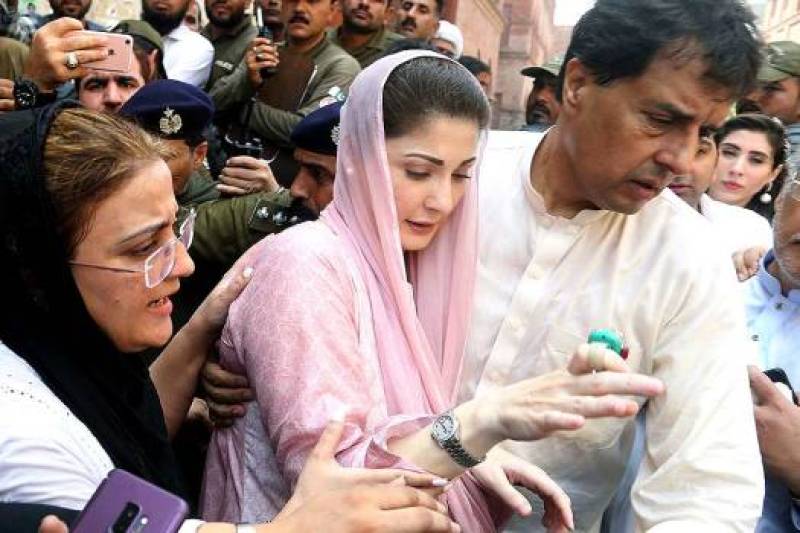 ISLAMABAD – Pakistan Muslim League-Nawaz (PML-N) leader Maryam Nawaz was left shocked after she was mistakenly hit by her own security guard outside the Islamabad High Court where she had gone to attend hearing of Avenfield reference.

A large number of party workers have gathered to welcome their leader when a security guard tried to push back a worker with a forceful punch but he missed the target and it was delivered to Maryam on her right shoulder.

Maryam apparently gasped in pain at that time but she managed to recover and headed to talk to media.

Her husband Captain (retd) Safdar was also present on the occasion to help her pass through the crowd. On asking, she told Safdar that she was hit by “Shakoor Sahib”.

The IHC has adjourned the hearing of the Avenfield reference till September 30.