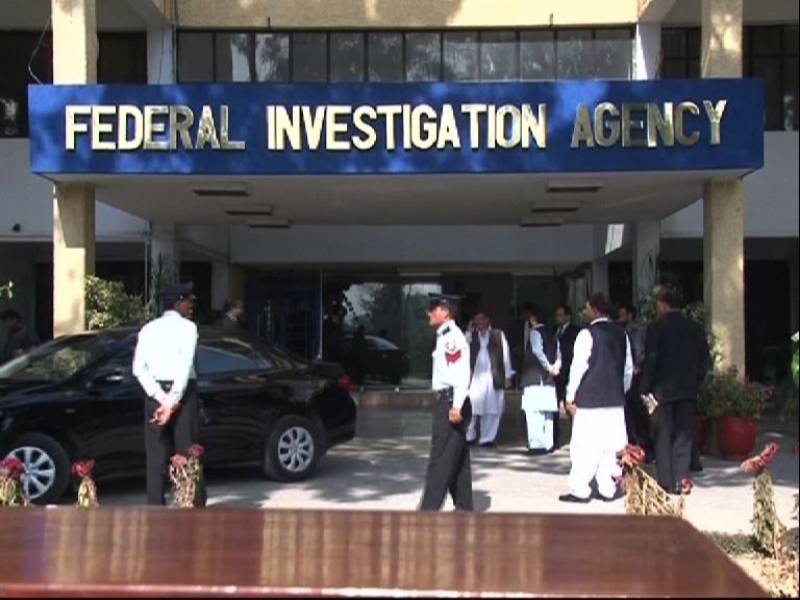 ISLAMABAD – The cyber-crime wing of federal investigators has registered a case against an email address that sent a fake threatening email to New Zealand officials, after which the visitors pulled out of the Pakistan tour.

The case was registered on the complaint of Inspector Muhammad Waseem under section PECA 2016 r/w section 506 109 PPC, 1860.

The FIR stated that “the email was sent to New Zealand Police with the ulterior motives to coerce, intimidate, and create fear, panic, insecurity in the government, public, and create a threat to international peace”.

It further added that information from Interpol revealed that the fake email account which was registered under the name of Hamza Afridi had sent a threatening email to information@police.govt.nz while the subject of the email was ‘Terror attack coming’. 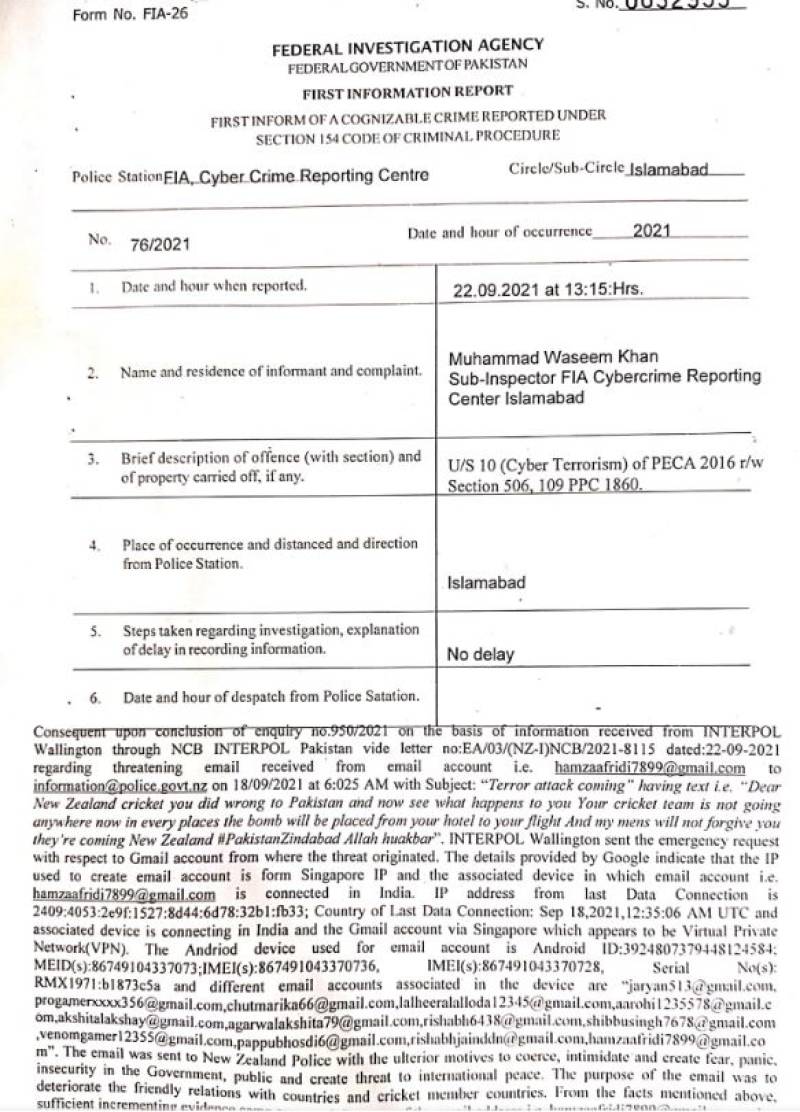 Meanwhile, the International Criminal Police Organization, with the help of Google, indicated that the IP used to create the email account was from Singapore, while the IP of the device, through which the email was sent, is connected in India.

On Wednesday, Information Minister in a presser with Interior Minister revealed that Pakistan is approaching Interpol on fake email IDs and threat alerts. He also exposed the Indian plot that prompted New Zealand to call off a tour of Pakistan.