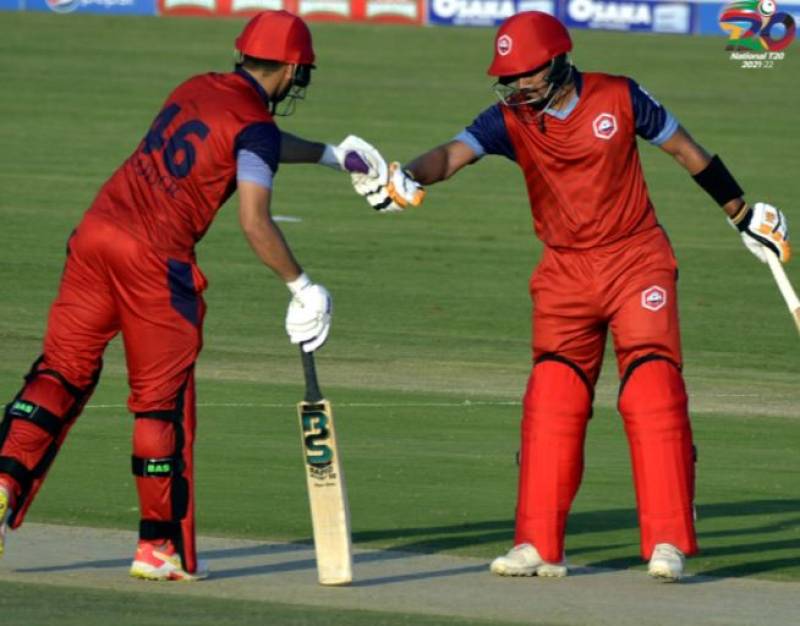 ISLAMABAD – Northern recorded a comfortable six-wicket win over Balochistan in the opening match of the National T20 tournament at the Pindi Cricket Stadium, Rawalpindi on Thursday evening.

Haider Ali and Asif Ali made light work of Northern’s 140-run chase scoring 58 not out and 43 not out and adding 51 runs for the unbeaten fifth-wicket partnership to ensure a comprehensive victory for their side with 18 balls to spare.

Haider gave another glimpse of his incredible batting talent as he hit seven fours and two sixes in his 41-ball knock. Asif played the finisher’s role to perfection clubbing four sixes and three fours in his 20-ball innings, Asif finished the match with a six down the ground off pacer Akif Javed. Umar Amin (2) and Zeeshan Malik (19) fell early in Northern’s innings but Haider and Asif ensured an emphatic victory for their side with their unbeaten alliance.

The young @iamhaideraly in full glory!
That sweet sound off the bat 🔊
The player of the match in Northern's comfortable six-wicket win against Balochistan. #KhelTouHoRahaHai pic.twitter.com/Ynq5KZT5fp

Batting first, Balochistan were restricted to a 139 for seven total. Sohail Tanvir got Northern off to a fine start by dismissing Balochistan captain Imam-ul-Haq for six in the opening over of the match. Fast bowler Zaman Khan who was making his debut for Northern sent Bismillah Khan packing in the fifth over with the score on 26.

Northern bowlers kept Balochistan in check by making regular breakthroughs in the middle-overs, Akbar-ur-Rehman (24) and Ayaz Tasawar’s (4) dismissal left Balochistan struggling at 70 for five in 12.1 overs.

Asif Ali was at his absolute best with the bat today, the right-hander's 43 off 20 balls (four sixes, three fours) sealed a comfortable six-wicket win for Northern.#BALvNOR Scorecard: https://t.co/QBeHbQAfEy#NationalT20Cup | #KhelTouHoRahaHai pic.twitter.com/iDUTLfpFBq

Balochistan were revived by a 66-run stand for the sixth-wicket between all-rounders Amad Butt and Kashif Bhatti. Amad hit two fours and two sixes in his 34 while Kashif contributed 24 off 25 balls (two sixes).

Haris Rauf and Nawaz took two wickets each for Northern conceding 18 and 31 runs.

Pakistan cricket officials earlier called up the Pakistan team squad after Kiwis' abrupt tour abandonment. The tournament was initially scheduled to be played in Multan which was later changed in wake of recent development.

Experts said the tournament will not only provide match practice to team Pakistan but also offers the chance to edge players to showcase their potential for induction in the Pakistan Super League 7 Player Draft.