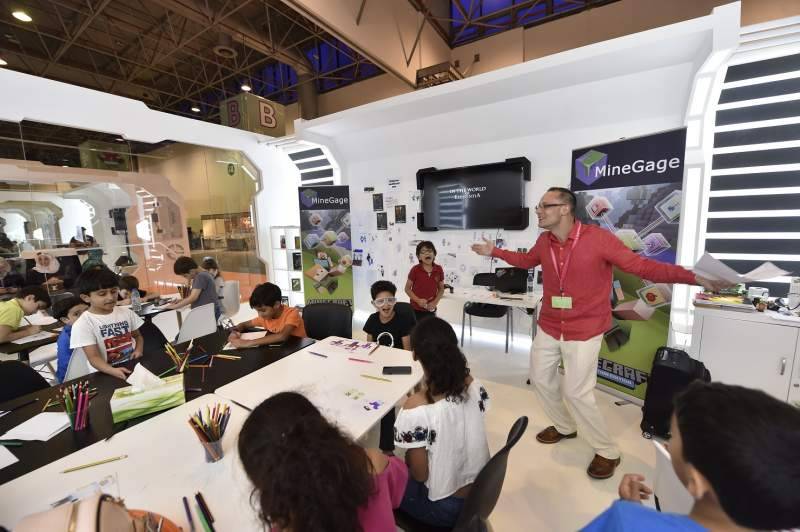 SHARJAH - Creativity took centre stage during a Minecraft workshop at the Sharjah Children’s Reading Festival, which runs until April 28 at Expo Centre Sharjah.

The hour-long 3D Designs workshop was part of the 10th edition of the festival, themed ‘Your Future… Just a Book Away’.

Children, aged six to 16, were given the opportunity to create from their own mind and learn how to write a story in Minecraft, design their own novel or set for a theatre, through the use of paper and pictures. 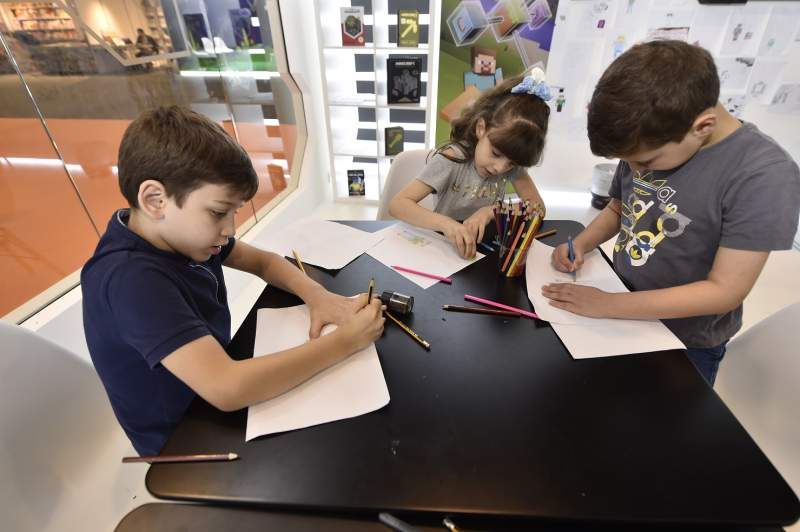 They learned about game design using Minecraft as a tool, including the elements of designing an adventure game in Minecraft by writing and drawing out their story, putting together some of the challenges their players would overcome and recreate it in the world of Minecraft once back home.

A contest running alongside on extreme-level building and design work with Minecraft will allow one lucky child to have his story recreated with the team and be disseminated to the world.

“Our focus of Minecraft is on creativity,” said Garrett Zimmer, chief executive of MineGage, which conducted the workshop. “It’s not just the kids – it’s tied to literacy and story-telling elements. It also allows parents to understand that games have a relevant place in children’s education, to explore, create, experience and be able to tie it back into the educational objectives.”

The interactive workshop allowed children to use 3D paints and builders to change the extension of their 3D models before printing. “Their imagination, creativity and problem-solving, that are linked with literacy, are just at the start and they’re coming up with amazing ideas,” said Lynne Telfer, director of education at Minegage. “With Minecraft, there is no failure and you have a much deeper understanding, so your creative writing becomes better.” 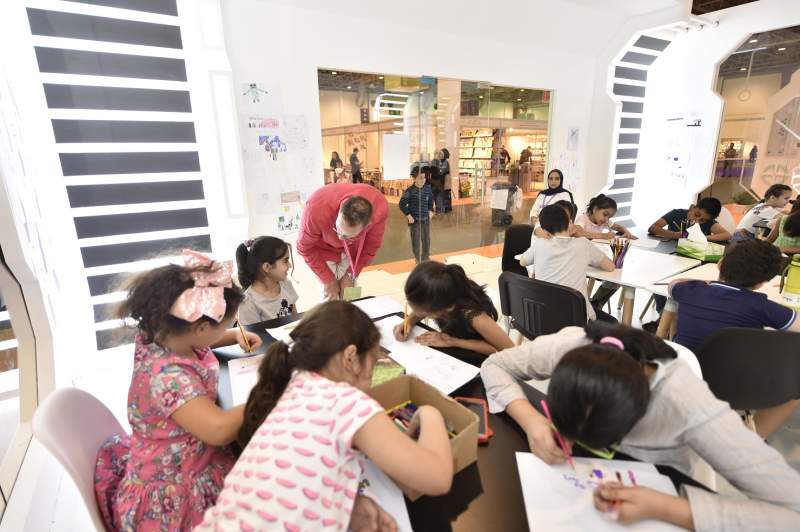 A prime highlight of the festival this year is its first ever 3D Book Exhibition, featuring 250 pop-up books from the 3D Book Centre in Forli, Italy. The books have been handpicked by the exhibition curators to represent eight different periods of time. One of SCRF’s mainstays, the Sharjah Exhibition for Children’s Books Illustrations, is featuring 355 artworks by 104 illustrators from 32 countries this year.