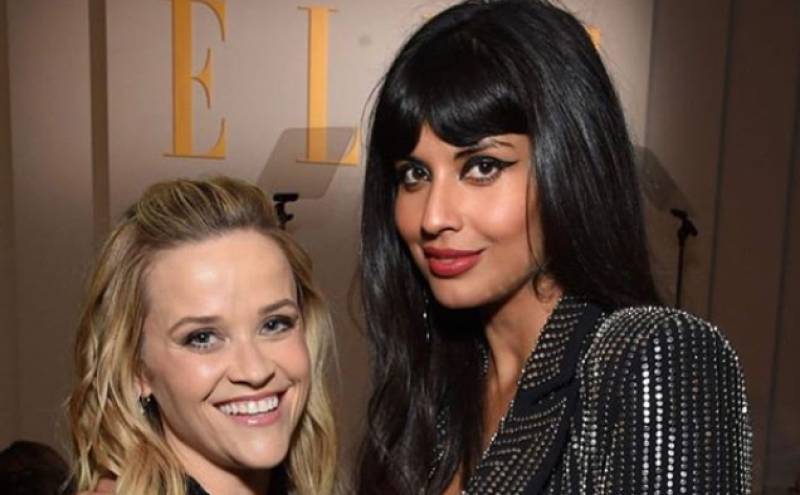 LONDON - The international star Jameela Jamil has taken a strong stand against injustice, urging women to speak up against unfairness. The showbiz star, in a series of social media posts, let out her thoughts on the issue, saying: "Coincidence that the entire handful of women who dare to call out injustice are all-controlling, chaotic, manipulative, mentally unstable, liars. Some are even 'traffickers...' now? Weird and amazing correlation. Female silence and complicity are rewarded with protection."

The model also attached a collage of  Princess Diana, Taylor Swift, Meghan Markle, Oprah Winfrey, Greta Thunberg and US representative Alexandria Ocasio-Cortez as prime examples of the women who are subjected to this behaviour.

The 34-year-old also wrote a lengthy note on her Instagram, which she introduced as "AN ESSAY," to express the frustration that comes with being an "outspoken person who is constantly and very deliberately misrepresented as a chaotic, irrational, and manipulate mess."

AN ESSAY: Female silence, complicity and obedience is rewarded with protection from harassment. It is very frustrating to be an outspoken person, who is constantly and very deliberately misrepresented as a chaotic, irrational and manipulate mess. I’m a pretty rational, calm person. Yes I make SMALL mistakes that aren’t ideal. But I haven’t assaulted anyone, I haven’t taken anyone’s rights away. And my minor mistakes do not add up to nor do they erase the good work I have done to change policies and start huge conversations in the mainstream. This is a well oiled machine, the one we use to destroy a strong woman, amplify her tiniest errors, paint her in the most off putting and threatening light, in order to not only silence her, but to discourage others from speaking out too, for fear they too will be hunted and smeared. DO NOT LET THIS DISCOURAGE YOU. We cannot back down now. I’m going to keep going til I die, so you can see that I continue to live and work and thrive and then you can see that they cannot destroy you. They can just chip away at your reputation for the people who aren’t on your side anyway. Speak up and speak out. The more of us there are, the harder it will be to gaslight, slander and silence an ARMY of women telling societal standards to fuck off. We can turn this shit around as long as we ourselves don’t buy into the internalized misogyny, and continue to support women who push back, even if they do it slightly messily. We only Just have been given a chance to fight. We aren’t practiced and it’s going to take some time for us to refine and that is OK. Men (who aren’t caught literally assaulting someone) fuck up constantly and are met with respect, forgiveness and a presumption of good intention on his part. Women for the smallest of errors are the snake. The snake from the garden of Eden... sent to disrupt and destroy. We have to stop this narrative by pushing back against it together. I love how open and feisty you all are, even, almost especially when you tell me off. KEEP IT UP. Get louder. Get crude. Get even.