Anushka, Kohli back to Mumbai 'hand-in-hand' 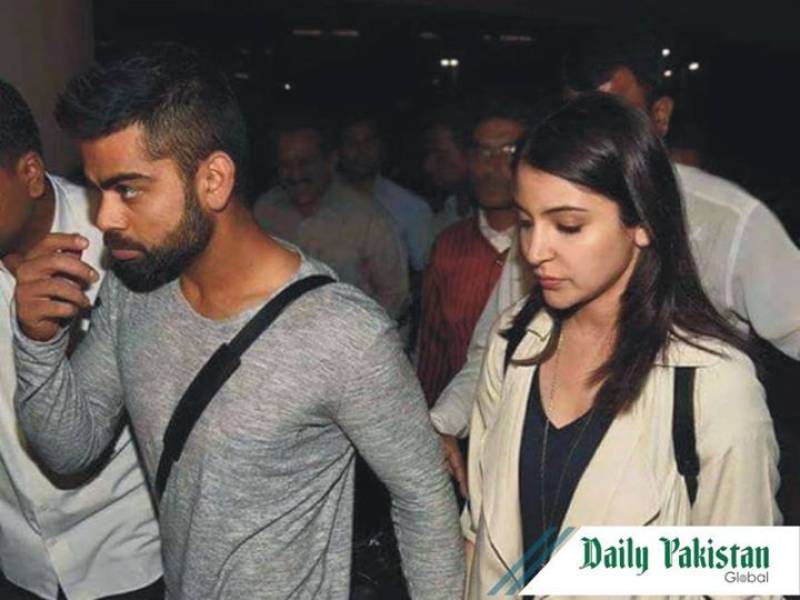 MUMBAI (Web Desk) - Indian cricketer Virat Kohli on Saturday stepped out of Mumbai airport along with Bollywood actress Anushka Sharma 'hand-in-hand' after a thrashing defeat by Australia in the semi-finals at cricket world cup 2015.

The couple received chilling criticism from the Indian fans after failure at Sydney Cricket Ground and many twitter users termed Anushka as "bad luck" to Kohli. But as it appears in the picture taken upon their arrival in India it suggests "nothing has changed".

The Bollywood actress had flown all the way to Australia to cheer the team India for in semi-final match where her beau could just score one run.