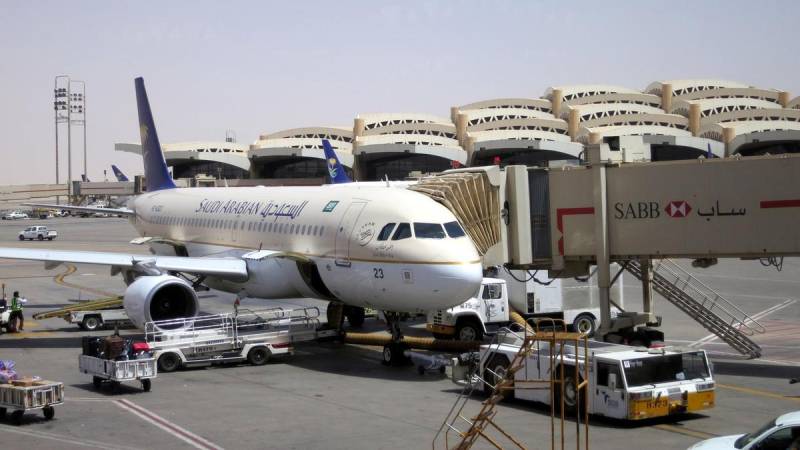 RIYADH – Saudi Arabia Friday restricted entry into the Kingdom for passengers coming from 20 countries including Pakistan, India, and Sri Lanka to stem the spread of novel coronavirus. 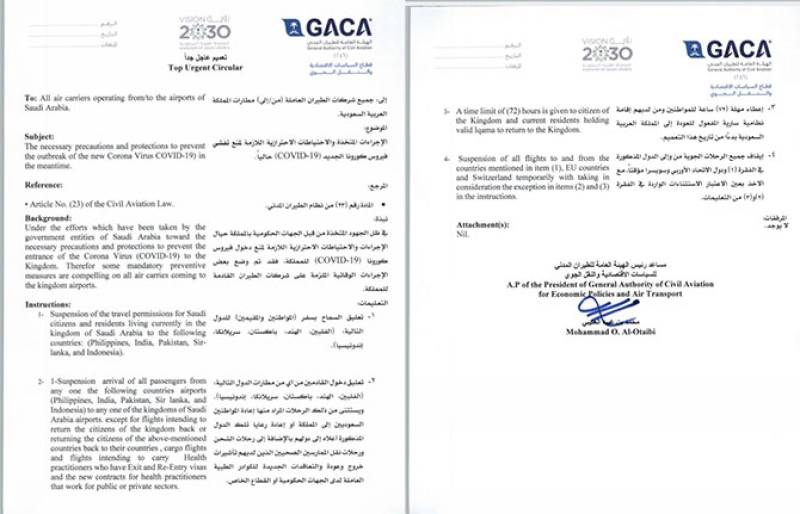 The General Authority of Civil Aviation (GACA) notified the airlines operating from and to the airports of Saudi Arabia regarding the imposition of new travel curbs.

The authorities gave a deadline of 72 hours to the Saudi citizens and Iqama holders to return to Saudi Arabia.

Meanwhile, the Kingdom also restricted the entry of passengers coming from the European Union and Switzerland.

Earlier in March, Saudi Arabia had extended its ban on the arrival of passengers from international flights till May 17 due to novel coronavirus.