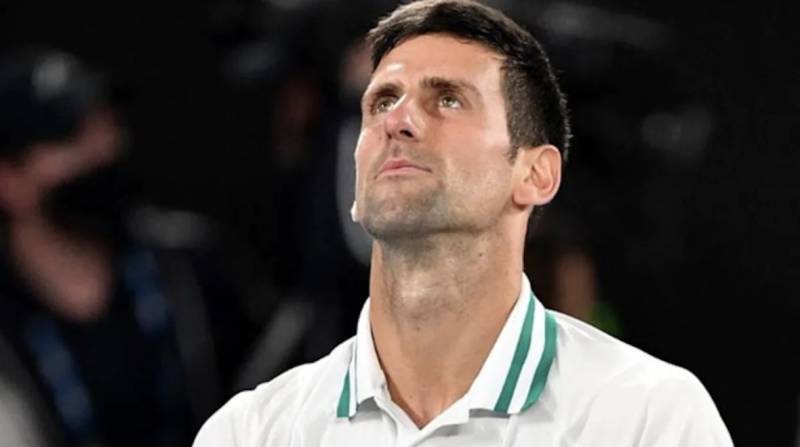 MELBOURNE – ​Top tennis player Novak Djokovic is set to be deported from Australia after the court trashed his challenge against visa cancelation.

Reports claimed that the Australian court dismissed a challenge to the decision of the immigration minister to cancel the visa as Djokovic’s legal tussle against stern Covid policy might risk civil unrest.

Justice dismissed Djokovic’s application, with costs to be paid by the Serbian tennis star while the decision is said to be a major setback for Djokovic’s quest to win a 10th Australian Open crown and a record 21st grand slam title.

The 34-year-old said he was extremely disappointed with the court ruling, saying he cannot stay in the Oceanian country and participate in the Australian Open however, he assured cooperation in departure.

The distressed player who refused to be inoculated said he need some time to rest and recuperate before making any further comment in light of the recent court hearing.

Earlier, the legal team of Djokovic claimed that the Australian government's decision was illogical, irrational, and unreasonable.

The tennis ace landed in Australia on the evening of 5 January. He believed that a visa granted on 18 November and a medical exemption approved by Tennis Australia and a Victorian government independent expert panel would be sufficient to enter Australia.

His visa was initially canceled by the Australian Border Force hours after he arrived at Melbourne airport and he was taken to a detention hotel.

Later, a federal court restored the visa of the tennis star, concluding it was unreasonable for the ABF to renege on a deal to give him more time at the airport to address the exemption issue.

Following the deportation saga, Australian officials then again canceled his visa on Friday on the new ground that his presence might be a risk to health and good order.

MELBOURNE – Top tennis star Novak Djokovic has been taken into immigration detention for the second time in ...

Reports also added that Australian premier, Scott Morrison, also supported the cancellation decision, arguing that Australians had made many sacrifices during this pandemic.

Meanwhile, some athletes including Australian tennis star, Nick Kyrgios, expressed disappointment on the court decision. On the other hand, there has been public anger in Australia over attempts to enter the country while unvaccinated as the government reiterated that no one is above the strict rules in place to cope with the pandemic.