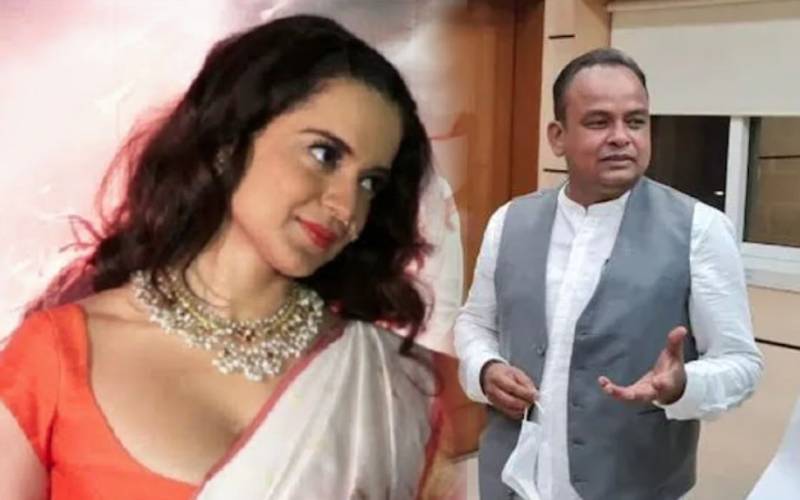 NEW DELHI – A lawmaker from the Indian state of Jharkhand has drawn criticism after making a sexist jibe, as he promised to make roads ‘smoother’ than the cheeks of Bollywood's firebrand actor Kangana Ranaut.

Around a month after famed Indian actor, Hema Malini faced sexist remarks from a fellow MP from Maharashtra in which he used her ‘cheeks’ as a metaphor to explain how he wants the roads of his constituency to look.

In the recent event, a member of the legislative assembly faced backlash when he compared the roads of his constituency to the cheeks of the Queen actor.

Irfan Ansari, a leader of Congress, shared a video on his social platform in which he said “Construction of 14 world-class roads will begin soon. I promise they will be smoother than Kangana Ranaut’s cheeks."

#WATCH | Jharkhand: I assure you that roads of Jamtara "will be smoother than cheeks of film actress Kangana Ranaut"; construction of 14 world-class roads will begin soon..: Dr Irfan Ansari, Congress MLA, Jamtara

Ranaut is known to be the star campaigner of the Indian ruling party as she remained a prominent vocal supporter of Indian Narendra Modi.

Meanwhile, the statement of Congress leader about the B.Town actor hasn’t gone down well within the state party unit as his party leaders opposed the sexist remarks. An MLA responded to his remarks said Ansari must be taken to task by the party high command for such offensive comments.

Earlier in December last year, a Shiv Sena leader Gulabrao Patil made a similar distasteful statement at a function in Jalgaon district when he claimed that the roads in his constituency are smoother than that of Hema Malini’s cheeks.