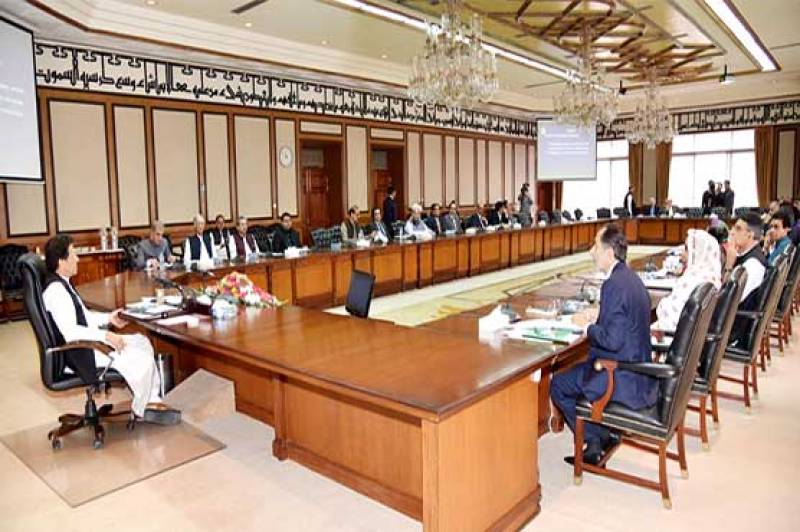 ISLAMABAD - A meeting of the federal cabinet is underway in Islamabad with Prime Minister Imran Khan in the chair to discuss the seven-point agenda regarding the future strategy of the newly elected government in different spheres of life.

The 7-point agenda of the cabinet meeting include:

4. Special audit of mass transport system in the country

5. Massive tree plantation in the country

6. Shift to six working days in a week for government offices

7. The launch of a major cleanliness drive in the country 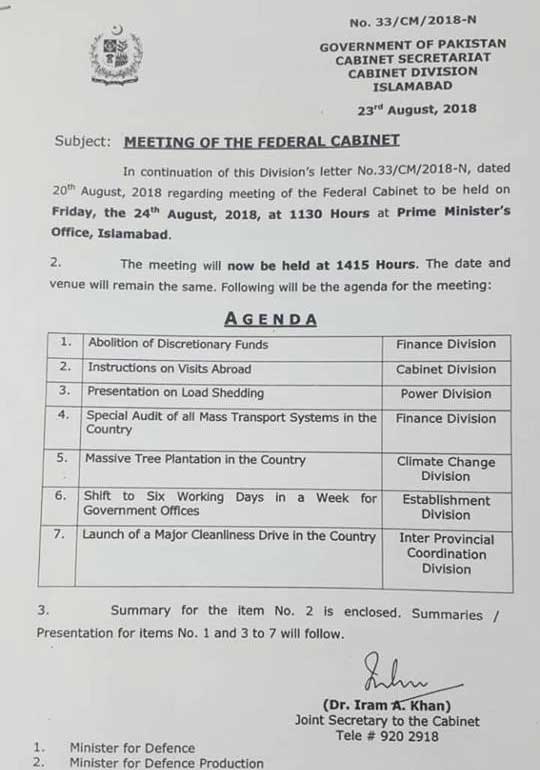 Before the cabinet meeting, the Prime Minister Imran Khan visited Foreign Office where he was briefed about the performance of Foreign Office and Pakistani diplomats abroad.

ISLAMABAD - Prime Minister Imran Khan on Friday issued guidelines to the officials at the Ministry of Foreign Affairs ...

Khan said that interest of Pakistan will be put at the top while drafting the foreign policy, adding that no compromise will be made on national interests, local media reported.

He directed the Pakistani embassies in foreign countries to improve their performance, besides directing them to promote the positive image of the country.