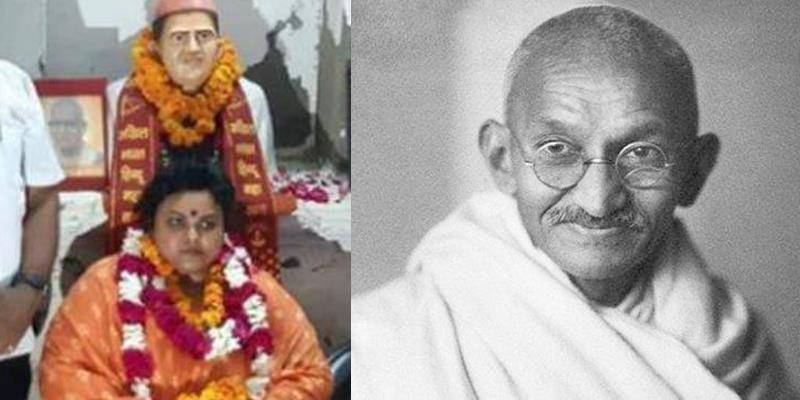 NEW DELHI - The judge of the first self-styled Hindu court in India made a controversial statement on the assassination of Mahatma Gandhi, saying that if Nathuram Godse would not have killed Mahatma Gandhi then she would have killed him.

Pandey made headlines earlier when she asked victims of triple Talaq and nikah halala to convert to Hinduism.

"I took pride in the fact that I and the Akhil Bharat Hindu Mahasabha (ABHM) worship Nathuram Godse, who assassinated Mahatma Gandhi ", she said.

Moreover, the ABHM disclosed that more Hindu courts will be set up across the country. It also said that the courts will hear cases of land disputes, property and marriage issues.

"It is good now that the matter will be taken to the court. If there is a Sharia court for Muslims, then there is no harm in having Hindu courts. Many cases are pending in other courts. Our court will help to clear some cases saving time of other courts" said Chanra Prakash Kaushik, president of ABHM.

Who is Naturam Godse?

Nathuram Vinayak Godse was a right-wing advocate of Hindu nationalism who assassinated Mahatma Gandhi, leader of the Indian independence movement against British rule, in New Delhi on 30 January 1948. He shot Gandhi in the chest three times at point-blank range.

Godse was a former member of the right-wing nationalist organisation Rashtriya Swayamsevak Sangh (RSS) and he believed that Gandhi favoured the political demands of India's Muslims during the partition of India.

Godse was sentenced to death on 8 November 1949.