Hospital staff save infant from being killed by mother (VIDEO) 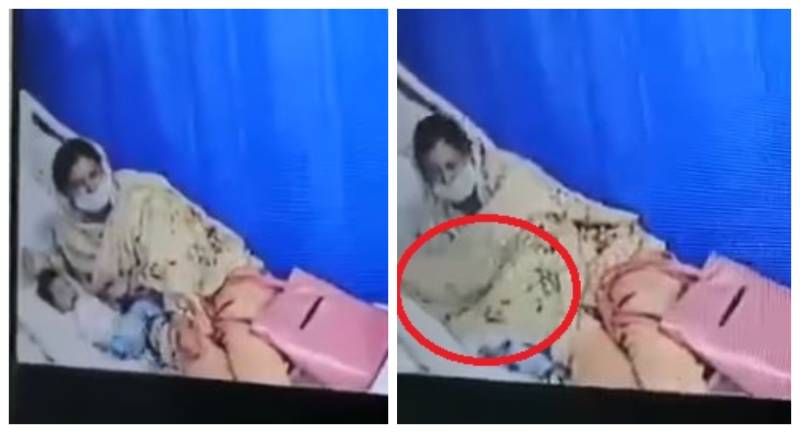 RAWALPINDI – A heartless woman was spotted attempting to kill her one-year-old son at a private hospital in Rawalpindi in a viral video.

The video shows the woman covering the infant under her dupatta, then trying to press his throat in order to kill him.

The incident was timely noticed by the hospital staff through CCTV cameras as nurses immediately reached the ward and saved the kid.

The one-year-old child has reportedly been handed over to Child Protection Bureau. It is unclear whether the woman has been arrested by police.