PML-N's Rana Sanaullah gets bail from LHC in narcotics case 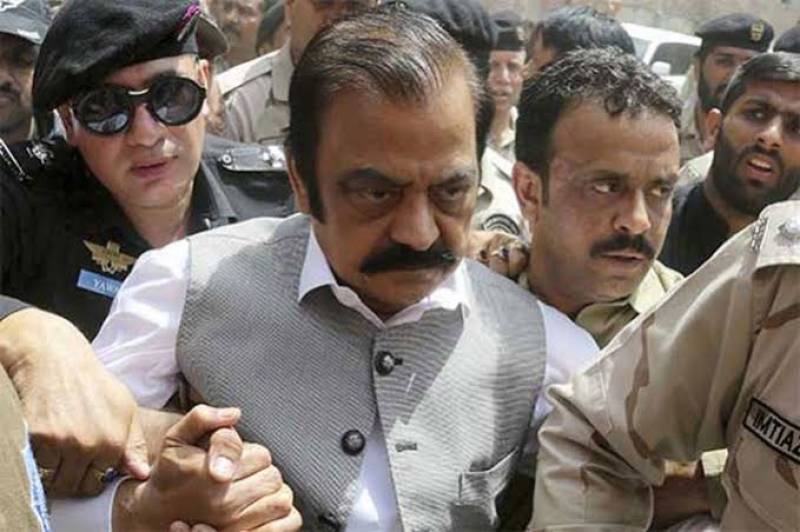 Justice Mushtaq Ahmad of the Lahore High Court announced the judgement reserved earlier on October 2 after hearing the arguments of Sanaullah’s lawyers and the Anti-Narcotics Force (ANF). The court directed him to submit two surety bonds worth Rs 10 million each for his bail.

During the proceedings, the counsel of Rana Sanaullah argued that the case of his client was politically motivated and it had nothing to do with the reality.

He said that ANF could not produce the case or the illegal substance that was claimed to have been recovered from Rana Sana Ullah as the video record showed that there was no illegal substance in the custody of his client.

Rana Sanaullah was arrested by the ANF on July 1, 2019, while he was travelling to from Faisalabad to Lahore. The ANF officials claimed to have seized 15 kilogrammes of narcotics from his vehicle. At least five people, including the driver and security guard of the former law minister were also nabbed.

The FIR was lodged under section 9 (C) of the Control of Narcotic Substances Act 1997, which carries death penalty or life imprisonment or a jail term that may extend to 14 years, along with a fine up to Rs1 million.

Sanaullah had been in detention of the ANF for over six months. He faced 19 proceedings since the case was lodged against him by the ANF.

Earlier, Rana Sanaullah's bail plea was rejected on two accounts by the court. The ANF officials had requested the court that they needed time to conduct investigations in the case and apprehend the facilitators and those involved in the narcotics smuggling case.

She maintained that the government failed to prove the allegations levelled against Rana Sanaullah. “He was politically victimised."