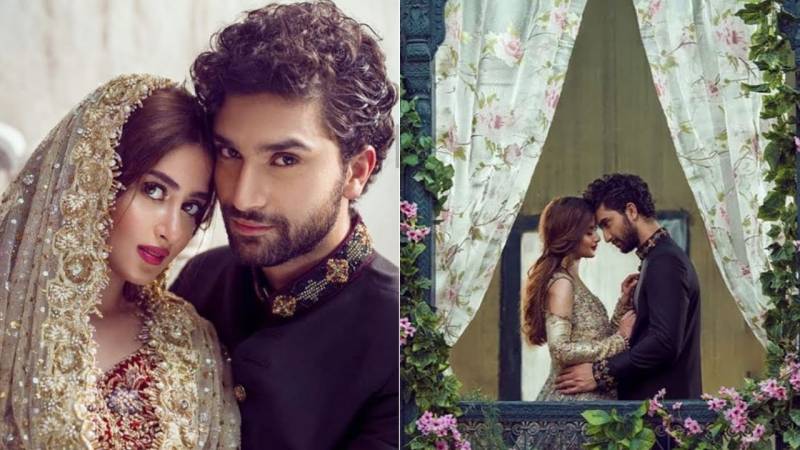 LAHORE - Sajal Ali and Ahad Raza Mir are reportedly getting married to each other and the wedding festivities of the star couple have already begun. The news was initially shared by a local entertainment website that uploaded a picture of a cake which had ‘Ahad aur Sajal ki dholki’ written over it.

Tagging Sajal and Ahad on the post, the  portal wrote, “Let the wedding festivities begin.” Ahad and Sajal had gotten engaged to each other last year in July after dating for a while.

The couple is often spotted attending events together and shares loved-up pictures with each other on their social media accounts. Earlier, there were reports that Ahad and Sajal are set to tie the knot to each other in a destination wedding in Turkey.

The rumour was later refuted by Ahad Raza Mir, who said that the wedding will happen soon, however, not in Turkey.