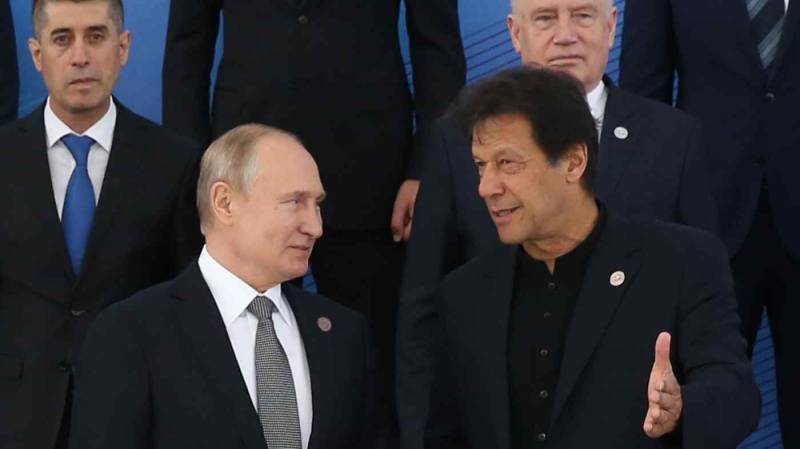 A report of a leading publication quoting sources said the two sides are in talks to finalize the plan as Russia earlier postponed Putin’s visit in wake of the ongoing Covid pandemic.

Earlier, Prime Minister Imran Khan has extended a formal invitation to his Russian counterpart, the report also claimed that the premier invited him during his telephonic conversation earlier this month.

Meanwhile, the two world leaders are expected to meet in Chinese capital in February on the sidelines of the opening ceremony of the Winter Olympics.

The report quoting diplomatic sources claimed that the Russian president wanted to undertake the Pakistan visit when he had ‘something big to announce’ for the visiting country.

Earlier in 2021, the two sides inked an agreement for the construction of a 1,100km gas pipeline from Port Qasim in Karachi to Lahore. With the signing of the gas pipeline deal, the prospects of the Russian President's visit to Pakistan have now enhanced significantly, per the report.

Pakistani officials are also looking for President Putin to inaugurate the groundbreaking of the multi-billion flagship project.

The North-South Gas Pipeline is a project that Islamabad and Moscow intend to undertake ever since they enter into a new era of bilateral ties. In recent years, the two sides are also exploring options to deepen economic ties.

Forces of the two sides have already been holding regular joint military exercises since 2016 in another sign of deepening ties between Moscow and Islamabad.

RAWALPINDI – A joint military drills of the special forces of Pakistan and Russia, Druzhba VI, is underway in ...