Alleged poacher held for shooting down leopard in AJK 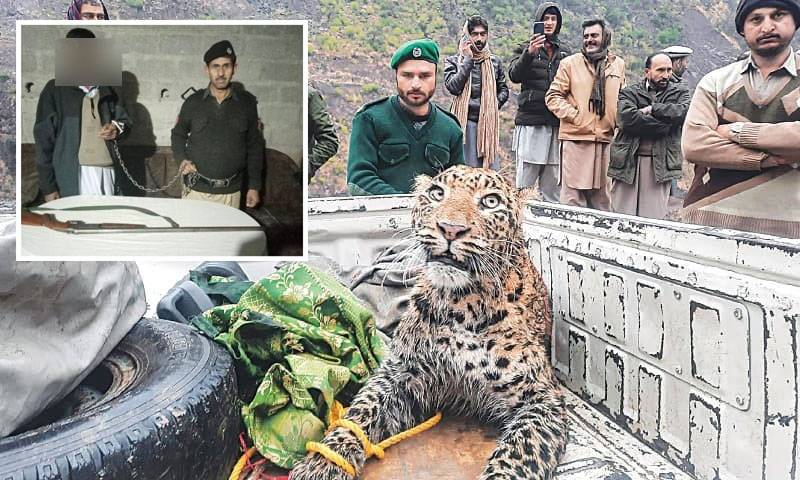 MUZAFFARABAD – The Azad Jammu and Kashmir Police have apprehended an alleged poacher a day after an injured female leopard succumbed to severe wounds caused by six gunshots.

Reports in local media quoting police officials said the wildcat that was earlier suspected of being hit by a speeding vehicle was actually shot down near the river Neelum in Muzaffarabad.

Following the tragic incident, a man named Shaukat alias Jangju was detained by law enforcers in Azad Jammu and Kashmir. Local cops also confirmed that a case was lodged against the suspected hunters of the common leopard.

Following the arrest, cops also recovered the 12 bore shotgun that the suspect used to kill the four-legged carnivore. 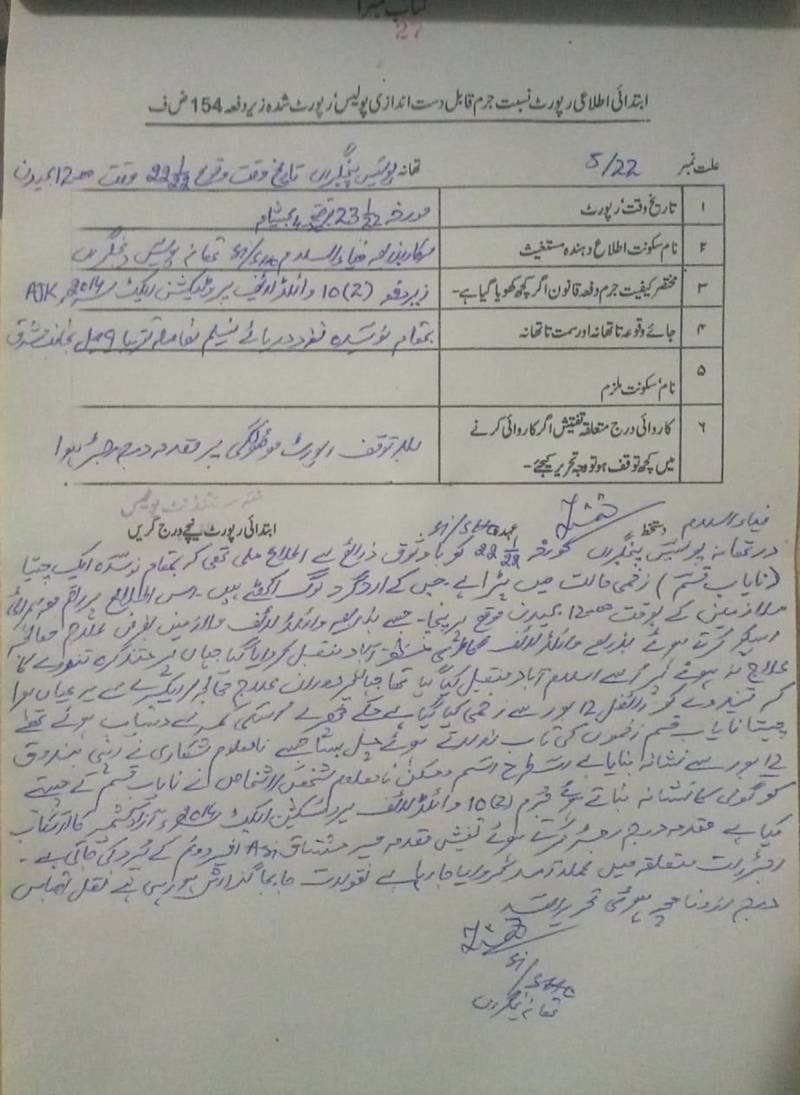 On Sunday, the injured cat that was shifted to the country’s federal capital for treatment after being shot died amid the medical treatment. Officials revealed that the endangered animal was hunted down, with the team recovering cartridges of an LG rifle from her body.

The backbone of the injured animal was broken and her lower part was completely paralyzed. The roaring cat was spotted by locals near some 20 kilometers away from AJK capital Muzaffarabad.

Later, the AJK wildlife personnel evacuated her using a dart gun. The officials then transported the paralyzed animal, which is said to be around three to four years old, to the country’s federal capital Islamabad for advanced treatment.

ISLAMABAD – A female leopard, who was found paralyzed near Muzaffarabad, succumbed to deadly wounds in the ...

The big cats, distinguished by their well-camouflaged fur, are vanished from at least half of their historic range in Africa and Asia. These animals are listed as “near threatened” on the International Union for the Conservation of Nature (IUCN) Red List of Threatened Species.