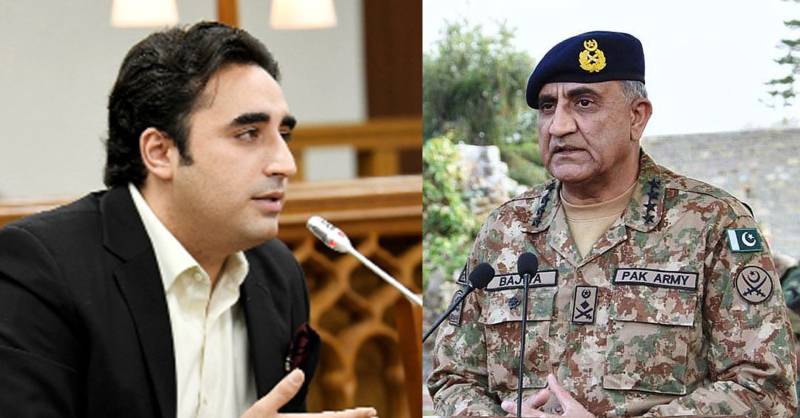 Reports in media quoting sources said a telephone conversation took place between Pakistan Army chief and the PPP leader in connection with the wedding ceremony of the son of Pakistani top commander.

The recent call between civil-military leaders is not the first one as last year in October, General Bajwa telephoned Bilawal to discuss the incident related to the arrest of Captain Safdar from a hotel room in Karachi for allegedly disrespecting the mausoleum of the Founder of the Nation.

Envoys of the US, Afghanistan, and the British High Commissioner also attended the function. The valima ceremony was then held at Army House Rawalpindi.

LAHORE - Chief of Army Staff General Qamar Javed Bajwa's son has gotten married to the daughter of a businessman in ...