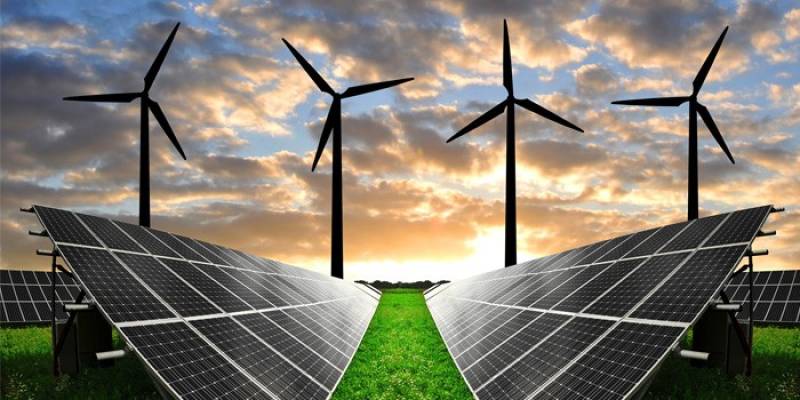 Climate change affects everyone around the globe and has profound implications on human rights, social justice and economic opportunities. The world is now witnessing health-related issues, hunger, loss of livelihoods, and migration, which requires immediate and effective global action. It is clear that the world has to move towards low-carbon economies in order to thrive. Despite the known shared benefits of a clean-energy economy, the shift itself is disruptive for some people and communities.

The global climate change pact, also called the Paris Agreement, aims to control the climate impacts and requires nations to transition to net-zero greenhouse gas economies in the second half of the century. The Agreement also acknowledges the need for a just transition of the workforce and the creation of decent work and quality jobs as economies move towards low-carbon development trajectories. Putting it simply, just transition is a process that produces the plans, policies and investments that build resilient economies with green and decent jobs. Therefore, as society moves towards the target of zero-emission, the government, policymakers, businesses and broader climate communities have a responsibility of protecting the wellbeing of the vulnerable societies.

Despite being a relatively new topic in international climate policy, it has become the epicentre for labour protests and movements. Unfortunately, transition-related policies so far have often been shortsighted, without much planning for the people and communities involved. For instance, oftentimes the focus is on the shutting of a coal mine, but little to no attention is paid to the future of the miners, particularly their livelihoods.

Pakistan has immense potential for generating energy from renewable resources. Although the government has launched several renewable energy projects under China Pakistan Economic Corridor (CPEC), which is the main initiative for ending energy crisis of the country, these only form a small proportion of the energy mix and collectively only add 1,250 MW to the national grid. Hence the potential of renewable energy remains largely untapped for solar and wind, particularly in the Southern and Western regions of the country.

With such a high level of potential for renewable energy, Pakistan has the opportunity of not only ending the existing energy crisis with clean energy but also tackling socioeconomic challenges with the creation of green jobs, particularly for those involved in the fossil fuel industry. Setting up large scale renewable energy technologies is labour intensive and requires services of local skilled and unskilled labour for construction, operation and maintenance. This can massively help reduce poverty by providing steady income and can aid in just transition, as the country shifts from being high to the low carbon economy.

Reducing greenhouse gas emissions, and transitioning towards low-carbon economies has been a major debate in the international climate change space for years. Even in the UN’s ongoing climate change conference in Germany, major discussions have been centred around this topic. During the conference, Climate Analytics, a climate science and policy institute, launched their report on the potential of renewable energy in South and South East Asian countries. The report largely talks about the possibility for these countries to shift to renewable energy and the socioeconomic benefits for the communities. Speaking on the occasion, Bill Hare, CEO of Climate Analytics said, “By decarbonising the energy systems, South and South East Asian countries can make a fundamental difference in global efforts to limit warming to 1.5°C, in line with the Paris Agreement, and will reap large economic and sustainable development benefits by doing so.” Dr Fahad Saeed, Scientific Model and Data Manager at Climate Analytics said, “Shifting towards renewables has many benefits for developing societies, and creation of employment opportunities is one of them. This can greatly help people in remote areas, and reduce poverty and inequalities in society.”

Just transition requires a holistic approach and practical action. For a developing country like Pakistan, which is extremely vulnerable to the impacts of climate change, just transition is necessary not only for making communities resilient but for also ensuring social justice and peace. Boosting renewables can greatly help with job creation and aid in just transition. The government needs to closely analyze the benefits of renewables and make efforts in boosting this sector, which will ultimately enhance social justice and allow Pakistan to develop sustainably.