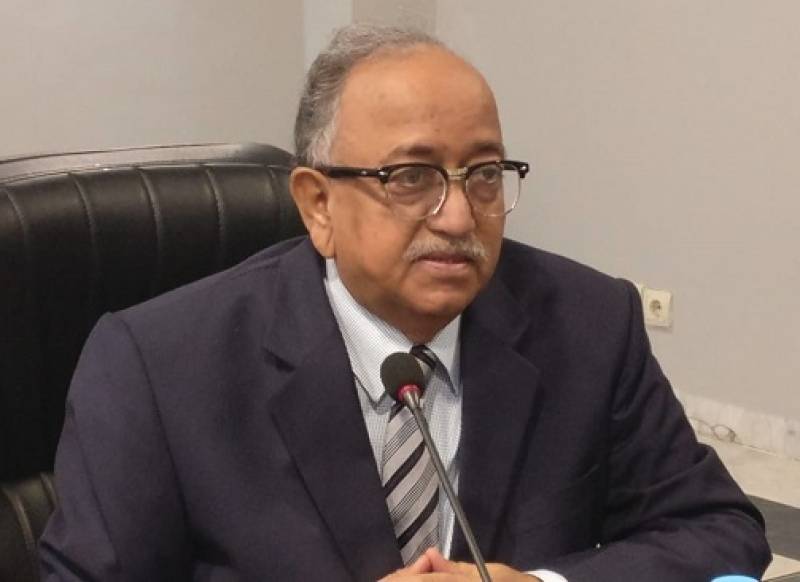 He was put on ventilator after admitted to a local hospital last night.

The late professor earned his PhD in Mass Communication and Master (MA) in Journalism from University of IOWA, USA. Previously he gained Master (MA) from Punjab University.

He was bestowed upon John F Murray Award (USA). More than fifty research papers, authored by him, have been published internationally.

He was undisputedly recognized as the mentor of majority of qualified Pakistani media personnel.

Dr. Mughees-uddin Sheikh started his teaching career in 1976 from Department of Mass Communication Gomal University as lecturer. Later, he joined Punjab University, Lahore in 1982 and served there for 28 years. He was appointed as the Chairman of the Department in 2003. With his progressive vision he enhanced the image of the Department and converted it into an Institute of high ranking in South Asia. He modernized the curriculum and improved the standard of Doctoral & M. Phil Programs. He is the pioneer of introducing course work for M. Phil and Ph. D. programs. In addition, he introduced BS 4-year programme and Master Programme of Film & TV Production.

He was the first unanimously elected President of Pakistan Media Educators Council and a member of Board of Studies of all the major universities of Pakistan. He was also the nominee of Chancellor as Education Expert and as member of academic council, university of Gujrat.