Saboor Aly spills the beans on her relationship with Ali Ansari 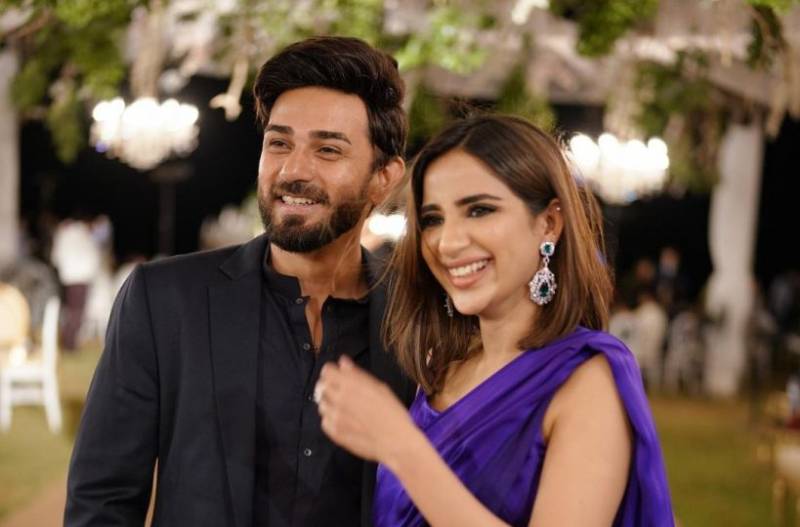 One of the most talked-about Baat paki events in the drama vicinity, the admirers were super curious to know about the unravelling of  Saboor and Ali's romance but the duo kept the matters private.

Recently, the NaqabZan star mesmerized the audience with her interview to BBC where she got candid about her apt response in Aamir Liaquat Hussain’s show to her relationship with beau Ali Ansari.

The stunning beauty claimed that the surprise engagement was rushed and was a pleasant surprise to her too. Further, she claimed that whilst on the Liaquat's talk show there was nothing going on between her and Ali.

Delving into details about their relationship's history, Saboor revealed that Ali’s sister Mariam Ansari is a really good family friend and she also starred with Ali Ansari where they discussed their life. Saboor went on to say that Mariam often said that ”I want to find a nice girl for my brother”.

Laughingly, the 26-year-old star even accepted that over Mariam's insistence she suggested many girls to Ali but Mariam multiple times asked Saboor to get married to his brother. Later, Mariam and Sajal played the matchmaker role and convinced the couple.

Earlier this year, Saboor Aly and Ali Ansari got engaged. On the work front, the couple has worked in the drama serial NaqabZan.

Matches are made in heaven and celebrated on Earth. With several celebrities couples making it official, the adorable ...