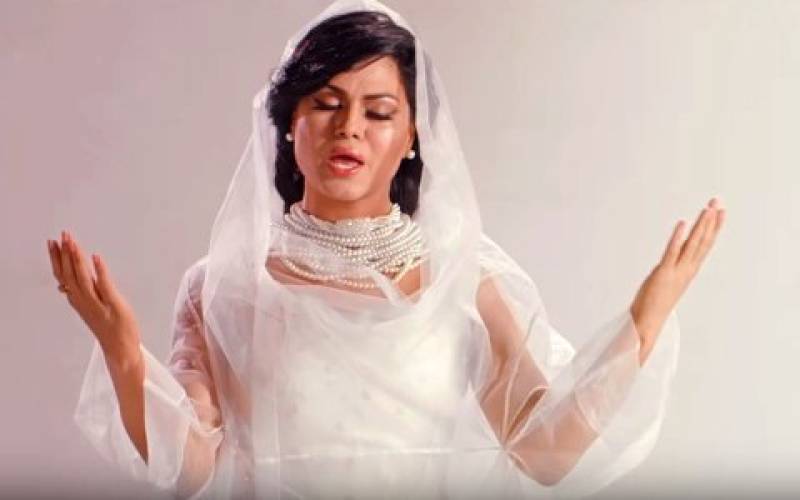 KARACHI - Lolly wood's controversial star Veena Malik is all set to return to T.V but this time as a host.

The star had recently revealed that she is currently shooting for a reality show which will be aired on BOL TV. They are in search for candidates who can do singing, dancing and acting.

Apart from Veena, Hamza Ali Abbasi, Javed Sheikh and the gorgeous Kubra Khan will also be part of show as judges.

Veena is honored to be part of this show. She says that this will give a platform to the emerging talent of Pakistan.

She said, “I think through this show some very good talent will come out in terms of singing, comedy, acting and dance”, and she is very happy to be a part of it.”

Malik had further added, “There aren’t many acting schools and dancing schools in Pakistan but I was pleasantly surprised to see how full of talent Pakistan is. Ninety percent of the candidates have learned it on their own and haven’t been trained professionally.”

However, the show is yet to be officially announced but it has received 15000 entries from all over Pakistan.

The show is expected to come out after Eid, “People keep asking me whether you like doing TV or Film or drama. I haven’t done much dramas in my career because I always love doing either films or reality TV. [Reality TV] is so much fun because it is so spontaneous and nothing isn’t.” said Veena Malik.